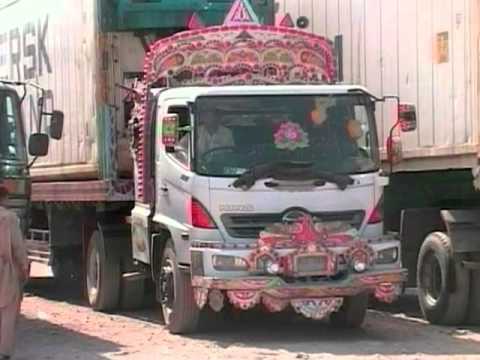 LANDIKOTAL, August 6, 2012: Some corrupt officials disrupted food items and ice blocks supply to Landikotal despite the fact that was no ban on these items, local people alleged.

To get financial benefits from traders, personnel of Khasadar Force (KKF) and police intercepted food stuff and ice blocks supply to Landikotal, they maintained.

The corrupt police at Karkhano check post and KKF personnel at Jamrud and Khyber Changai post force take hefty amount as bribes from the residents and shopkeepers, otherwise they do not allow them to carry food stuff and ice blocks even for domestic use, Abdul Khaliq Afridi complained. We are charged for bribe at every check post despite legal permits from Khyber House, Mustafa Shinwari regretted.

Vice president of Landikotal bazaar Union Gul Rahim Shinwari has said that if the shopkeepers were forced to pay hefty bribes at every check post from Karkhano to Landikotal, they would ultimately raise food items prices for general public.

“The local administration of Landikotal has miserably failed to overcome the crises taking place in the area, which has disrupted the daily life of the people,” Adul Khaliq Afridi criticized.

“There is lack of potable water, beef and poultry in Landikotal, but the local administration is dull and dumb to come forward to sort out these problems, they regretted.