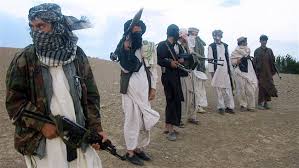 18 killed in infighting between Militant Groups of Haqqani Network

SWA, February 9, 2016: Fierce armed clashes have been reported between two military commanders of the infamous Haqqani Network in Gomal area of Afghanistan, the FRC learnt.

According to Sailab Mehsud, FRC field researcher for South Waziristan Agency, 18 militants were killed in a skirmish between fighters loyal to Bilal Zadran, a senior commander of Haqqani Network and followers of Abid Hunar, a mid-level commander of the Haqqani Network.

According to Sailab Mehsud, the main reason for this standoff between the two militant groups of Haqqani network was Abid Hunar’s refusal to accept Mullah Akhatar Mansur as the legitimate head of the Afghan Taliban.

It is important to mention that Bilal Zadran is the younger brother of late commander Sangeen Zadran, who was the head of military committee of the Haqqani Network and shadow governor of Paktika Province of Afghanistan. Sangeen was killed in a drone strike in North Waziristan Agency in September 2013, after which Sirajuddin Haqqani, the operational head of the Haqqani Network, decided to elevate Bilal to late Sangeen’s position.

The infighting reflects differences over the issue of Taliban leadership which came to the fore after the announcement of death of Mullah Omar in July 2015.