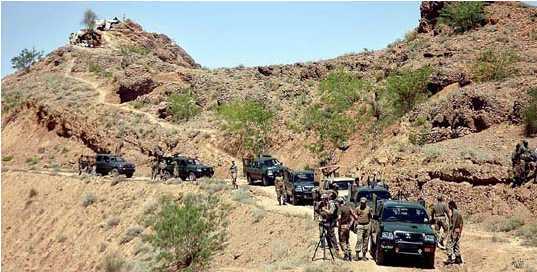 According to details given by Inter Services Public Relation an officer of Pakistan Army embraced martyrdom when militants ambushed military convoy, however, in quick and timely retaliation by the security forces three of the attackers were also killed.

“The forces convoy was attacked by miscreants in Bazagai area of FR Peshawar in which we lost our senior officer, Major Jehanzeb”, revealed by ISPR.

“Major Jehanzeb received bullet injuries in the attack and was rushed to military run hospital in Peshawar where he succumbed to his injuries”, said ISPR statement.

This was second attack on security forces personnel in the past 24 hours. Earlier militants attacked security forces check post in Ladha area of South Waziristan Agency in late Monday night in which one soldier was killed.

The recent soar in militant activities is likely to hamper the prospects of peace negotiation between government and Taliban. As on 17th February, Tehreek-e-Taliban Pakistan had killed twenty three security forces personnel in Mohmand Agency that were abducted in June 2010. Government took a serious note of the incident and warned Taliban to shun criminal activities otherwise it is difficult to carry on with peace talks. “The situation has completely changed after Mohmand incident and the government committee is unable to carry forward peace talks until Taliban cease all violent activities”, the prime minister’s office has said in a statement.