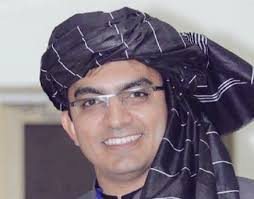 According to Mr. Dawar, a jirga was convened on the matter and the MNA was advised to surrender and defend himself in a court of law.

“The security forces to arrest me had not only surrounded my house for the three days but had also closed the main roads leading to North Waziristan. Therefore, after consulting with friends and PTM members I decided to surrendered to security forces”, said Mr. Dawar

The development comes in the wake of the May 26 incident in which the Pakistan Army accused a group of people – led by MNAs Ali Wazir and Mohsin Javed Dawar – of assaulting the Kharqamar check post in Boyya, North Waziristan.

Following the incident, another PTM leader and parliamentarian, Ali Wazir, was taken into custody along with several other activists.

Consequently, Wazir was produced in an anti-terrorism court in Bannu on Monday and was remanded in custody of the Counter-Terrorism Department for eight days.