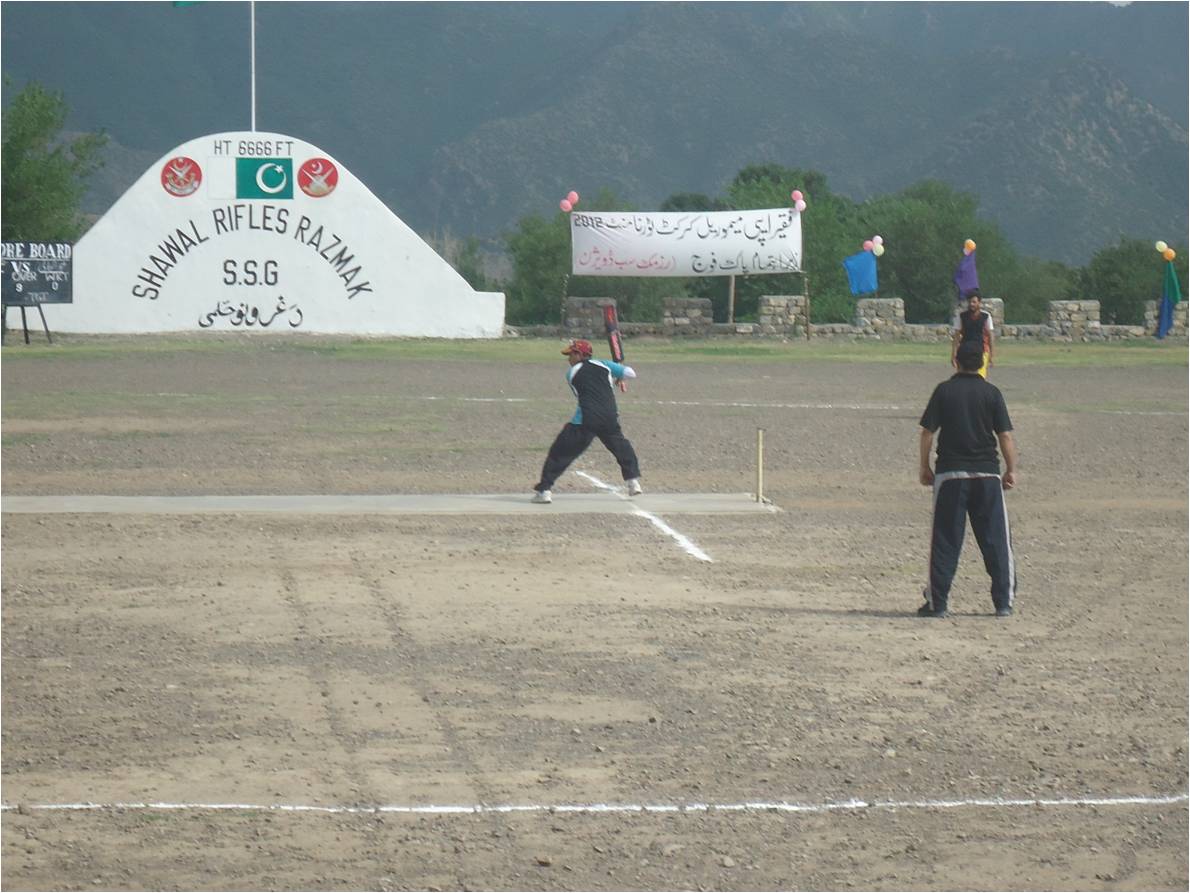 The final match was played between Khushali and Ali Khel Shugee cricket teams. The Shugee team played first and scored 223 runs and lost 8 wickets in the fixed twenty over. In response, Khushalle was all the batsmen lost to 160 runs and resultantly lost the match by 63 runs.

In the Razmak Scouts Camp, thousands of local tribal thronged to watch the final match. Brigadier Allauddin Babar of the 212 Brigade was the chief guest. Babar said in this cricket tournament is the sign that if people are provided with such opportunities and support, they would like to participate and live in peace and harmony with each others.

“It proves that there are no law and order problems in Razmak”, said Babrar, hoping that people will become part of such positive activities in the future.

Malik Shamallee Khan told FRC, that this was interaction between the government and public and as a good gesture and a sign of peace. “We welcome such activities from government side and ready for every kind of sacrifice for sake of peace”, he added.

In the end, Brigadier Allauddin Babar and Muhammad Tahir distributed cash and prizes among the players.