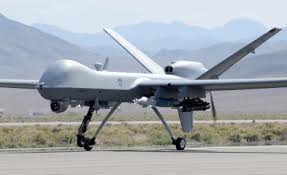 Hangu, Nov 21: US unmanned aerial vehicle, UAV, fired four missiles on a religious seminary in tehsil Thall of district Hangu of KPK here on Thursday morning in which six people were killed and nine were injured, FRC learnt.

The drone attack came around 4am in the morning.

According to the last reports, six people were killed in the attack in which four were Ulema’s (religious scholars) who were teachers at that seminary. The deceased Ulemas’ were identified as Mufti Hameed Ullah, Mufty Ahmad Jan, Maulvi Abdur Rehman and Molvi Abdullah. A native of Sadda, Kurram Agency, named Mohammad Karim and a student also died in the attack.

The targeted Madrasa, Madrasa Mufate-Ul-Quran, is located at Muhalla TANDARO, in west of city, near an Afghan refugee’s camp.

The Principal of the institution was Maulana Naimat Ullah who hails from Sadda area of Kurram Agency and, fortunately, was absent at the time of incident.

District Hango has been under sporadic unrest for the past 5 years as the area shares borders with three agencies including Orakzai, Kurram and South Waziristan. Orakzai is located in the North-West, Kurram Agency in west while South Waziristan Agency lies in its south.

In Tall area Haqqani network has a considerable influence and Mulla Nabi Hanfi is the head of network in the area. The incumbent shifted from Orakzai Agency to district Hangu few years back. According to reports he is at odds with TTP for the past four years.