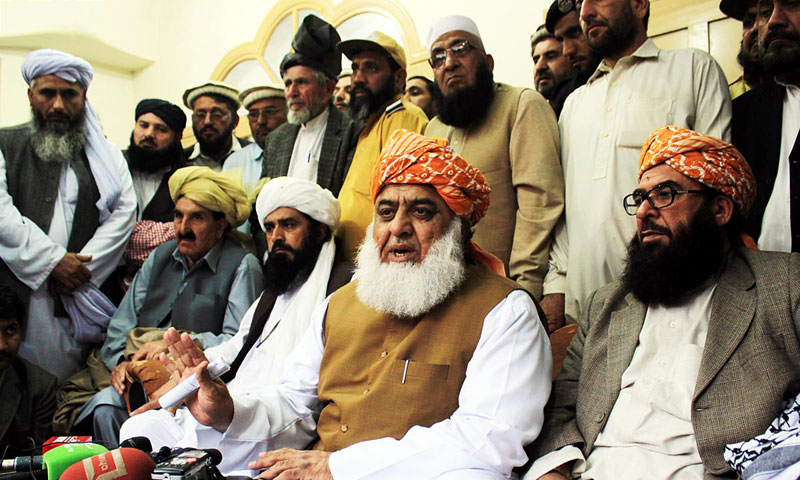 Peshawar, Nov 29: Maulana Fazlur Rehman, head of Jamiat Ulema-e-Islam –Fazal, stressed upon the need of restoration of peace to the Federally Administered Tribal Areas (FATA) and asked the federal government to explain their strategy of peace talks with Taliban to the nation.

The JUI-F backed meeting of tribal elders was held at JUI secretariat that was attended by a large number of tribal elders, from all the seven agencies and frontier regions, party workers and religious scholars.

He demanded the federal government to take quick steps regarding drone attacks and should convince the US to stop them as they are creating hurdles in peace talks with Taliban.

Fazal ur Rehman  while talking to media at JUI-F secretariat here on Thursday said that Jirga had been formed for arranging peace talks with Taliban few months ago and added that Jirga had also made efforts for peace negotiation but the government slow pace had hindered the progress in peace talks considerably.

“The aim of meeting was to build confidence between Government and Taliban to facilitate peace negotiations”, said Fazal Ur Rehman.

The participants condemned the federal government for not chalking out their policy for peace process and talks with Taliban.

JUI-F head welcomed the appointment of new army chief and hoped that he would work for the restoration of peace in the region.