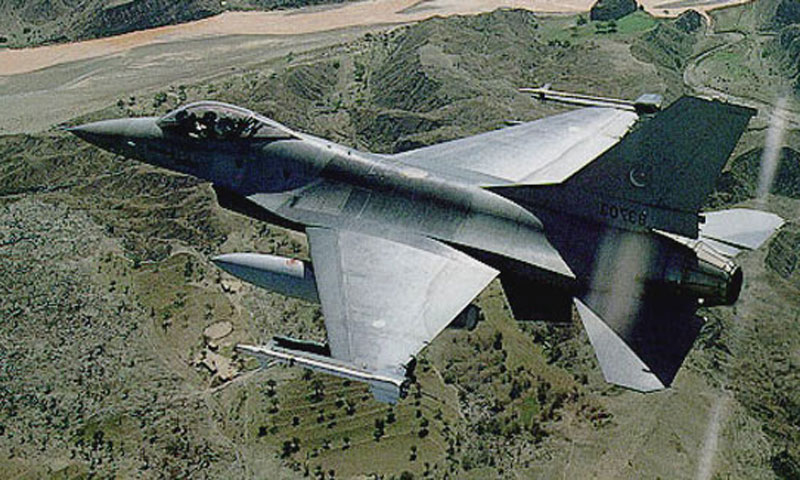 Miranshah, May 21: The Pakistan Air Force combat planes bombarded militant hideouts in the restive North Waziristan Agency here on Wednesday that killed around 70 militants, according to the last reports, and all are said to be the members of banned outfits including foreign militants, FRC learnt.

The aerial bombardment started today at around 3am and lasted till 10am in morning.

According to the area stationed military sources dozens of militants were killed in the strikes that were hiding in different areas of tehsil Mirali and tehsil Miranshah of the agency.

“In the targeted military operation around 70 militants were killed, including foreign militants, who have been conducting terrorist activities across Pakistan as per our sources”, said intelligence sources to FRC upon the condition of anonymity.

According to FRC reports different areas of Miranshah tehsil including Machas, Bhaigan, Mohammad Khel, Boya and Miranshah city while Khaso Khel, Mosakai and Essory of Mirali tehsil were targeted in todays’ operation.

However the mentioned casualties could not be ascertained from independent sources. Also the area Taliban while talking to FRC refused to comment on the recent attacks and deaths of their members.

“The Pakistan Military is repeating the exercise they have had in past and we do not want to say something about it right at this stage”, said Shahid Ullah Shahid, TTP central spokesman,  on telephone to FRC.

The local political administration when were contacted in this regard endorsed the military statement and revealed that curfew would be imposed in NWA today at 5pm that will last for an indefinite time period.