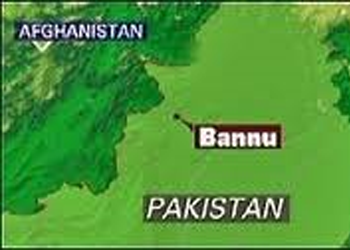 Addressing a press conference, tribal elders said that lists of the affected families were mishandled and untitled persons were included in it while deserving people were deprived of their due rights of compensation.

Malik Akbar Khan who also addressed the press conference, exclusively told FRC that only those people’s names were included in the lists who had access to high officials of the political administration and poor and needy or in other words affected by the war were overlooked, adding that “we demands that high level scrutiny of the lists should be conducted and the higher Judiciary should intervene in the matter”.

Muhammad Saeed Khan, a retired FC man shared with FRC that he provided lists to the Political Administration of Mir Ali, but later, they came to know that the names given in lists were replaced by others, adding that this is unfair; and the affected families should be compensated.

A senior official of the Political Administration of North Waziristan told this scribe that total Rs.170 million is allotted for the victims of the affected families from Pakistan Military Operations in 2006-2007. Each victim-family, of a person killed will be provided with Rs.0.3 million and each injured person will be given Rs 100,000, adding that so far, Rs.70 million were distributed and the remaining Rs.100 million will be distributed after the approval of the FATA Secretariat or Political Agent.

The official further shared that few days ago, Political Agent of North Waziristan Siraj Ahmad Khan distributed Rs.20 million among the affected families and more will be distributed after the approval of the FATA secretariat

Another official of the political administration told this scribe that Rs 10 million still lying in the account of NWA Political Agent which were kept from the last few years and still not distributed among the affectees.