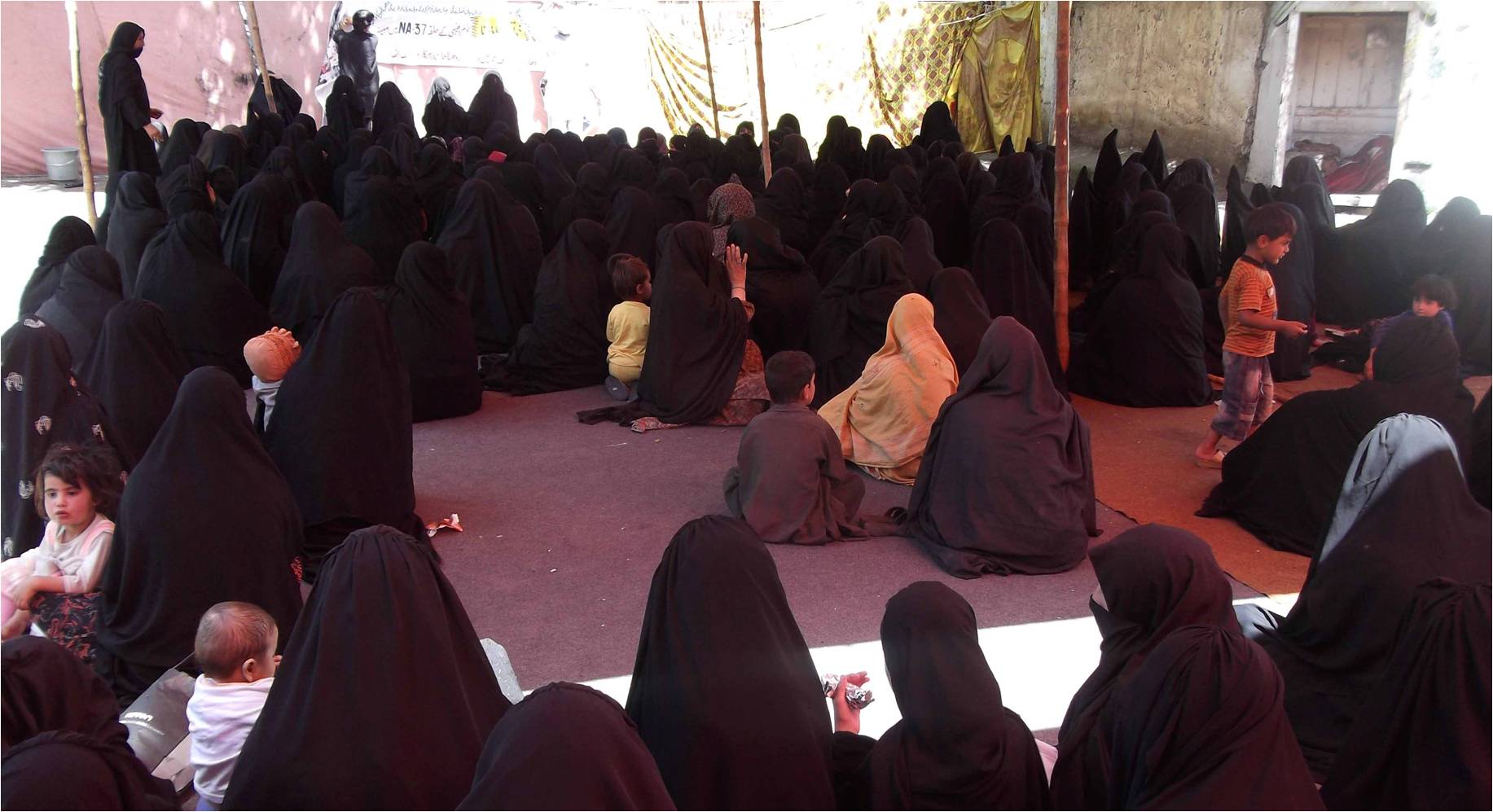 Parrachinar, May 20: Female protest in Parrachinar against the mass rigging in May 11 general election in Kurram Agency has entered into seventh consecutive day  on Monday as the protestors stood firm on their demand of re-polling in NA-37 constituency, FRC Field Reporter learnt.

The participants of the sit-in threatened to proceed with their protest if their demand of re-polling in NA-37 was not fulfilled by the responsible authorities.

“We will proceed to Peshawar and Islamabad to further our demands if the ECP fails to listen to our voices from here”, said a female speaker while addressing the protest gathering.

“We will keep to our customs and tribal laws during the stage-in but are resolve to get our demands”, added further by the speaker.

The unique nature of protest in FATA has been launched by the tribal female  since the announcement of poll result of NA 37 constituency from where Sajid Hussain Turi, Independent, had won by securing 30524 votes.

The female protestors are of the view that the large scale rigging in May 11 elections let Air Marshal (Rtd) Sayed Qaisar Hussain down against Sajjid Husssain Turi.

The runner up, Sayed Qaisar Hussain, while giving a close contest to Sajjid Hussain, succeeded in bagging 29623 votes.

However the latter accused Sajjid Hussain of mass rigging and refused to accept the poll results. In support of the Syed Qaiser Hussain cause, the female of the agency came out in a sit-in-protest (Dharna) in Shaheed Park in Parrachinnar.

It is pertinent to mention here that the female protest is gaining momentum with each passing day and the number of female participants is increasing manifolds besides getting the attention of many media channels of the country.