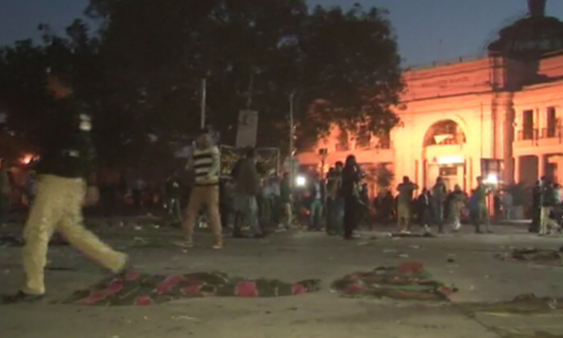 On the Monday evening, February 13, 2017, an assailant, equipped with a suicide vest strapped to his body, detonated his explosives in the midst of a protesting mob outside the Provincial Assembly of Punjab in Lahore, killing at least 13 people, including two high-ranking police officials, and wounding some 85 others.