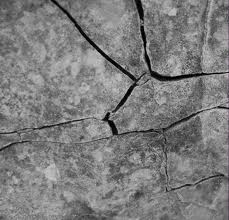 Miranshah, Nov 04: Tehreek-e-Taliban Pakistan elected Asmat Ullah Shaheen Bhittani as an interim head of the organization due to internal rifts in the group regarding the selection of new commander here on Sunday at Miranshah, the headquarters of NWA, FRC learnt.

The incumbent will head the organization till the selection of new commander, which has been delayed due to the internal differences among the members and the senior commanders of TTP.

According to reports a grand shoora of TTP was held on Saturday in an undisclosed location in NWA, wherein 60 TTP commanders participated. Among others some notables remained Fazal Saeed Haqqani of Kurram Agency, Omer Khalid who is TTP commander in Mohmand Agency and is taking refuge in Afghanistan, Fazal Ullah head of Swat Taliban chapter is also currently in exile in Afghanistan and Asmat Ullah Shaheen Bhittani.

“The Shoora, with a majority vote of 46 to 14, favored Khan Syed as replacement of Hakeem Ullah Mehsood and new head of TTP”, told a Taliban commander to FRC upon the condition of anonymity.

Hakeem Ullah Mehsood died in a US drone attack on Friday that came on a compound in Miranshah Bazaar of North Waziristan Agency. The drone had fired two missiles.

Differences regarding the selection of new commander surfaced when the non Mehsood members and commanders of TTP objected to the elevation of Khan Syed, belonging to Mehsood Tribe, to the top slot. They remained of the opinion that TTP abounds senior commanders than Khan Syed and it’s their turn to lead. However, the bone of contention is that TTP comprises mostly of Mehsood tribe and the large portion of fighters, besides its leaders, originated from the same clan.

“Mehsood commanders and members in TTP would never concede to the appointment of a commander who originates from tribe other than Mehsood”, said Mansur Khan Mehsood who has a deep insight into the FATA issues and crisis.

“Mehsoods’ are considered as the backbone of TTP and the leadership of TTP remained with them since the inception of the organization”, added further by Mr. Mehsood.

According to local commanders of TTP, selection of Khan Syed as commander would enhance the chances of removing the existing rifts in TTP ranks that have been floating for the past three to four years. Though he himself belongs to the Wali Ur Rehman group, and has been appointed as successor of wali, who died in a US drone attack on 29th May 2013 in NWA Chashma village, but has a proven record of leadership skills.

He is also known with a pseudo name of Sajnna and Commander Khalid.

The 36 years’ old Khan belongs to South Waziristan Agency and is associated with Shubi Khell clan of Mehsood tribe.

“With the election of Khan Syed the peace process will get momentum as he is in favor of peace talks with the government of Pakistan”, said a local TTP commander.

The commander further added that if he has been neglected than its repercussions would be disastrous for both, TTP and the country.

“Mehsood leaders of TTP had either been killed or arrested in one or the other way, so the best option is to elect Khan Syed”, elaborated further by the commander.