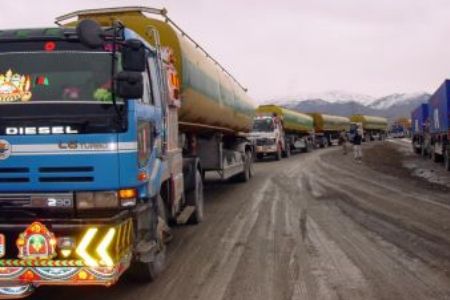 Speaking at a public meeting here held in Khar on Tuesday, JUI leader claimed that Pakistan was the only atomic state in the Muslim world but due to the rulers’ wrong and pro-American policies, the dignity of the country was badly damaged in the international community.

He urged the government to change its foreign policy as the current policy would bring more problems for the country. “Dignity and sovereignty of the country are damaged by its corrupt rulers who are busy in making money and do not care for the country interest,” he said.

The JUI leader said the militancy, poor law and order situations and economic crisis in the country were the result of the rulers’ wrong and pro-American policies.

He further said that the country would face more problems and crisis until the rulers do not change the currents foreign policy.

Pakistan is fighting the American battle which has badly affected people of the country. “Every nation in the world struggling for its own interest but Pakistan, the only country is fighting for others interests,” he said.