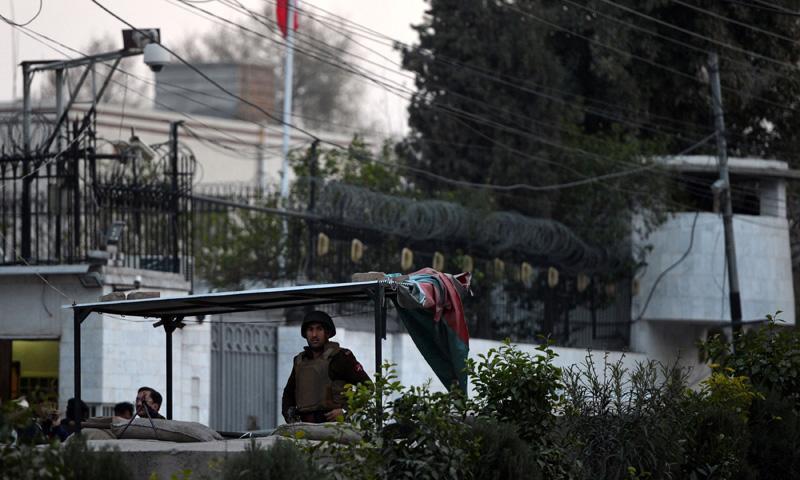 Peshawar, Feb 24: Two Frontier Constabulary men were killed and more than ten people, including six FC men, were injured when a suicide bomber blew himself up near Iranian Consulate here on Monday evening in Peshawar metropolis, FRC learnt.

IGP KPK, Nasir Durrani, while talking to FRC said that suicide bomber was on his way to the consulate when the security forces personnel asked him to stop. While sensing the danger the attacker detonated the explosives grid against his body causing a big bang. “The bomber disembarked from a white Suzuki Alto Car and started approaching Iranian consulate”, said IGP Nasir Durrani.

The injured were taken to a nearby hospital and security forces personnel cordoned off the area.

Bomb Disposal Unit revealed that approximately 60 kg explosives were packed in the car that were detonated later on.

Jandullah Militant group has claimed the responsibility of the attack and has said that Iranians were the target but unfortunately we missed it. The banned outfit has further added that attacks against the Iranians and their installations in Pakistan will continue in future also.

Peshawar city has remained a hotbed to the insurgents anti state activities for the past many years but an unprecedented increase in its intensity has been recorded since the onset of year 2014. The law enforcement agencies have so far failed to devise a mechanism through which these terrorist activities can be stopped in the garrisoned city Peshawar.