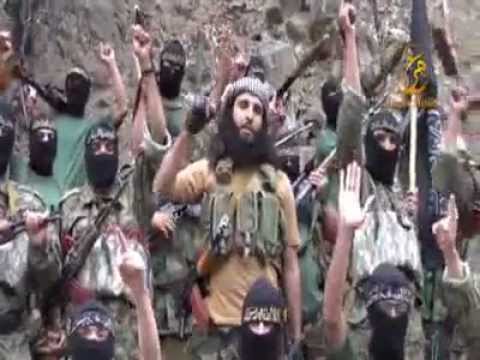 TTP has Created a New Faction for Jail Breaks

Tank, Aug 02: To set Taliban fighters free from confinements across Pakistan, TTP has created a new group of fighters with the name of ‘Ansaar-e-Aseer’ (friend of prisoners) with Adnan Rasheed as its top commander and will lead it, FRC learnt.

A top commander of TTP while talking to FRC on the condition of anonymity confirmed the creation of group Ansaar-e-Aseer.

“The decision of creating a new group (Ansaar-e-Aseer) was taken in a meeting of TTP Grand Shoora (TTP Supreme Assembly) on May 12, 2013”, told the commander.

The sole purpose of the group would be jail breaks across the Pakistan wherever Taliban fighters have been detained. Not only Taliban release but their all around care including well being, lodging, financing, and provision of day to day usage commodities would be the prime responsibility of Ansaar-e-Aseer.

“For any jail raid Adnan Rasheed would prepare the action-plan and will then share it with the Shoora member for their assent”, said the commander.

“The group has prepared the action plans for more prison breaks in KPK and Haiderabad in Sindh”, the commander added.

While talking about the strength of the newly created group he said, “Around two thousand Mujahideens are members of this group and they are well trained”.

Those included in the group hails from different areas having affiliation with multiple militant outfits. “Fighters of the group belongs to groups like Islamic Movement of Uzbekistan, Islamic Movement of Tajikistan and Turkmenistan, Al-Qaida, Afghanistan, France, Germany and China”, commander said.

Attack on D I Khan Jail was conducted by this group and the sanction of attack was given by the top commander of TTP “Hakeem Ullah Mehsud”.

However for the purpose of fund raising for the newly established group the Grand Shoora decided to take one hundred thousand rupees as entry fee that was applicable to all including the TTP members aspiring to be part of it.

The D I Khan Jail Break came on 29th July night in which more than 250 inmates managed to escape including more than 50 top commanders of TTP.