BREAKING NEWS
GMT+5 01:57
Home News The Miseries of Youth in KPK and FATA 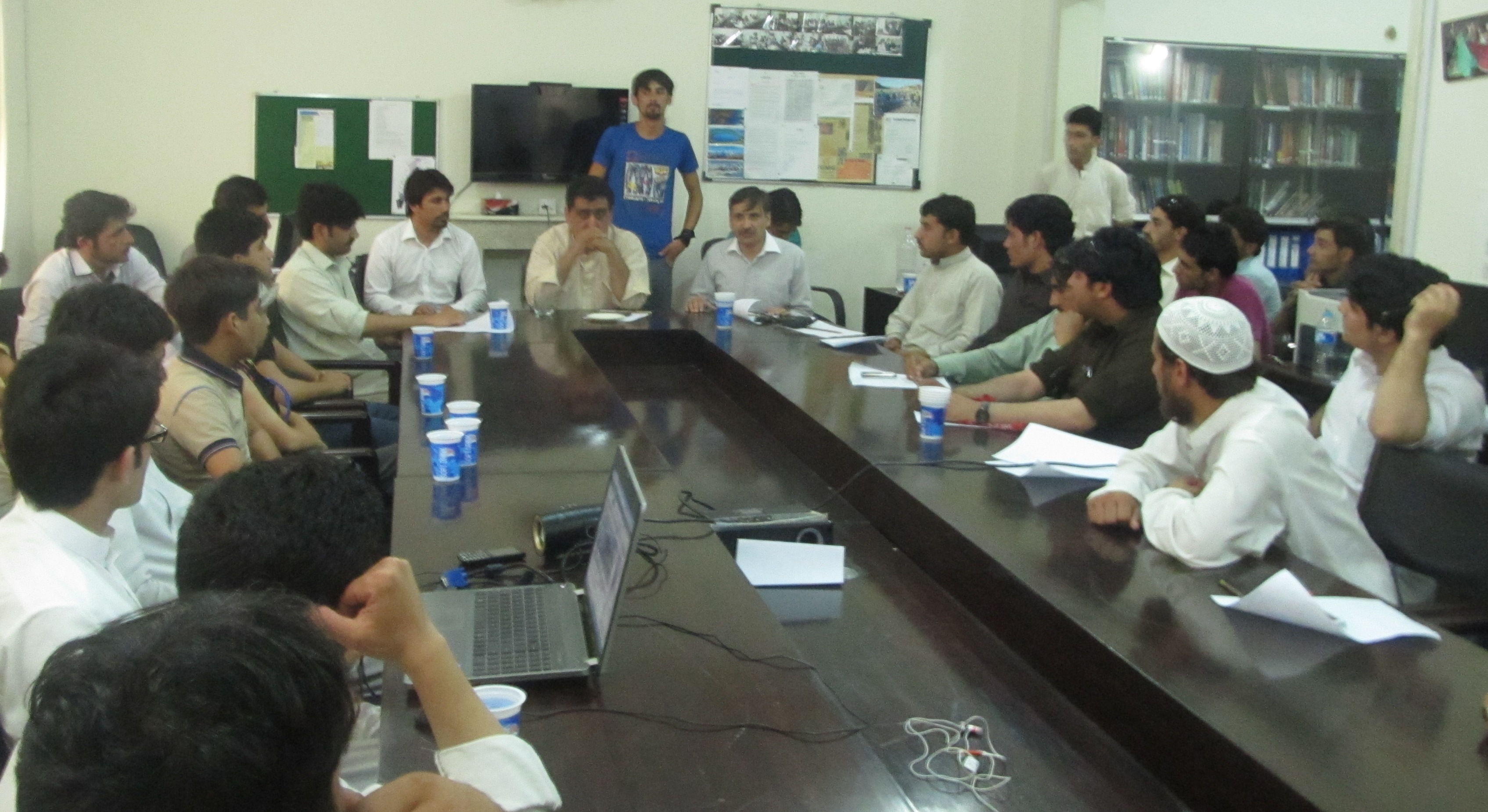 The Miseries of Youth in KPK and FATA

Islamabad, June 18: A group of about fifty people visited Fata Research Center Islamabad here on Monday and met with FRC research team wherein they were briefed about the activities and contribution of FRC in highlighting the plight of people living in under-privileged Federally Administered Tribal Areas of Pakistan.

The visiting group was comprised of students that were representing and being sponsored by South Asian Partnership (SAP-PK). It was an exposure visit to the young people hailing from three districts of KPK, i-e., Lower Dir, Upper Dir and Chitral.

The visitors were welcomed by Mehran Ali Khan Wazir, Progamme Manager, on behalf of Dr. Ashraf Ali, President FRC, and shed light on youth activism in the discipline of conflict management in contemporary times.

“Keeping in view the complex nature of ongoing war on terror every individual, particularly the youth, has to play his due part in peace building and human good”, said Mr. Wazir.

He further shared his experiences in the field of conflict management and peace building and draw attention towards the core causes of ongoing conflict in the tribal areas of Pakistan. He also proposed possible steps that government and other relevant stakeholders can take in mitigating effects of this heinous war.

Nawaf Khan, Senior Researcher FRC, reiterated the importance of youth in any society especially societies that are in the mire of conflict. In such cases, according to Mr. Khan, the role of young people becomes vital in peace building and in the development of that very society.

“Youth are considered to be the backbone of any mundane civilization and in fact educated and skilled youth can act as a catalyst in leading a society towards the acme of success and prosperity”, said Mr. Khan.

Allah Noor Afridi, country coordinator SAP-PK, appreciated the work of FRC and said, “FRC has been the most inspiring institution to learn about the vision of conflict management which they, FRC, has been doing through research, capacity building and mutual interaction with various stakeholders”.

He further added, “Considering the importance of youth in mitigating militancy and development of the community, SAP has been working for the capacity building and mobilization of youth to counter the dilemma of ongoing conflict since its inception”.

Dr. Ashraf Ali, President FATA Research Centre, while in his concluding remarks appreciated the activities of SAP directed towards the mobilization and capacity building of youth to counter the dilemma of exacerbating conflict and offered his full support and co-operation to SAP-PK during this journey.

He said, “Youth comprising a major proportion out of total population of Pakistan but those living in the far flung areas of Pakistan are lagging behind in fields like education, health and other professional expertise. If these youth were not mobilized and deprived off capacity building programs then surely they will fell prey to extremism and radicalization”.

South Asian Partnership (SAP-PK) is working for the capacity building and mobilization of youth to enhance their skills in conflict management to counter the issue of ongoing conflicts in three distinct district of KPK, i.e. Lower Dir, Upper Dir and Chitral.