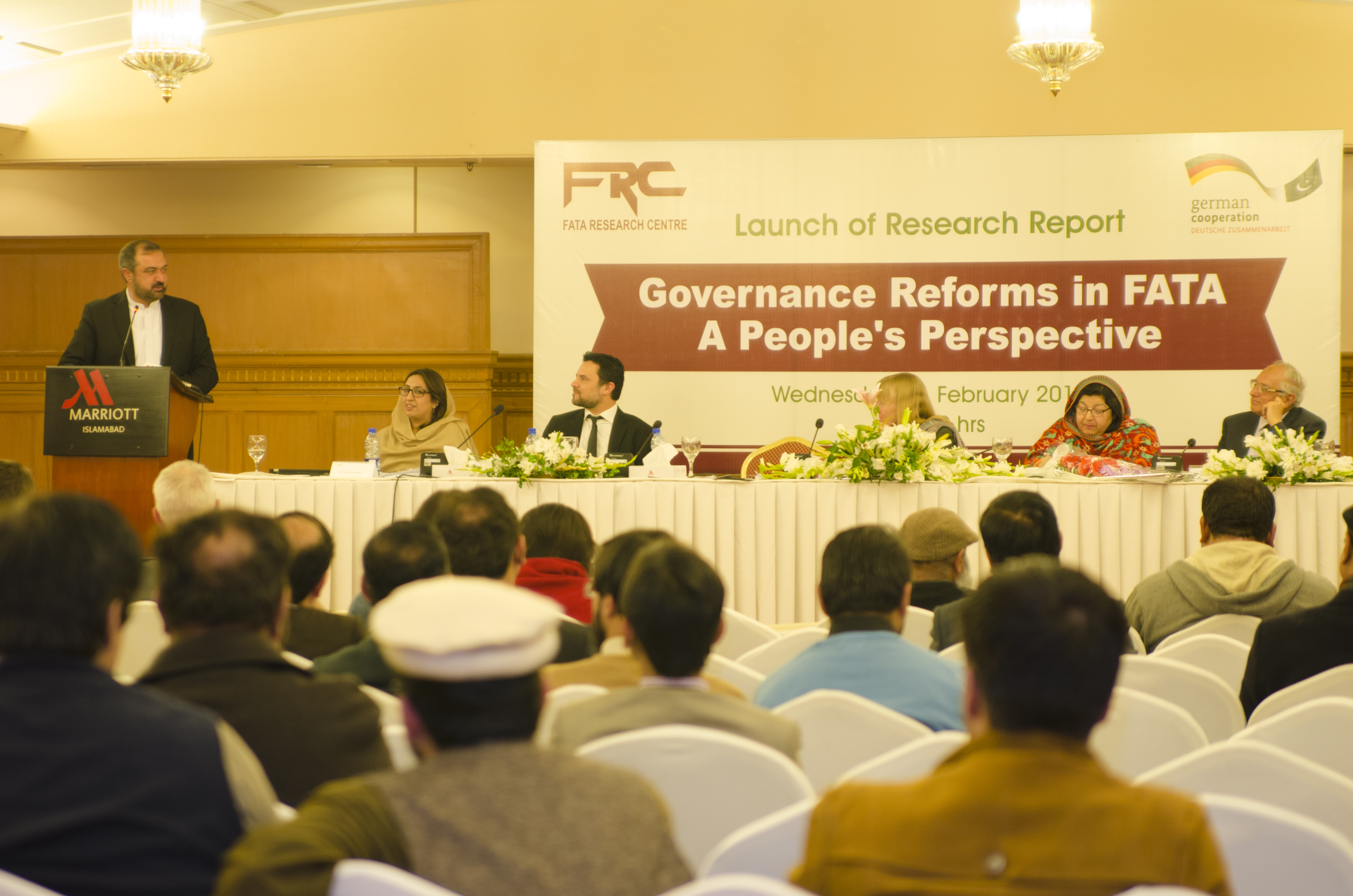 The research study focuses on future of governance reforms in FATA and highlights FATA people’s perspective in this regard. The study is based on data collected through poll surveys, in-depth interviews, focus group discussions and consultative workshops to ascertain the perspectives of indigenous populace. The study highlights that a majority of FATA population supports integration with the KP and demands repeal of FCR. According to the poll survey, 68% of the respondents demanded full abolishment of the FCR and introduction of a new governance system presented in the study. The study further highlights that 74% of the respondents (54% fully, while 20% partially) endorsed the option of merging FATA into KP. On the other hand, the idea of restructuring FATA as a separate province was endorsed by 26% of the respondents. The authors, Dr. Sadia Sulaiman and Dr. Syed Adnan Ali Shah Bukhari, have also presented some thought provoking recommendations to the government and policy makers. They asserted that the reforms should be all inclusive in nature and should incorporate people’s aspirations which would, in turn, create a sense of ownership among the masses for the entire process.

Click Here to Download the Urdu Version (Abridged Form) of FRC Research Study on Future of Governance Reforms in FATA: A People’s Perspective