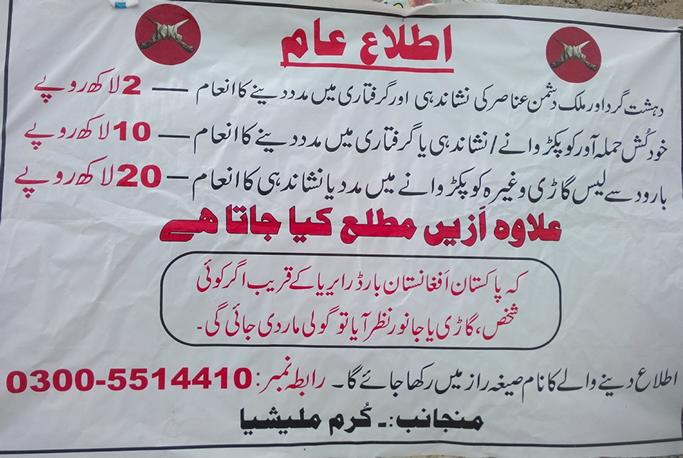 April 7, 2017: To mobilize the masses against militant elements and to engage them obstructing the terror maneuverings, Kurram Militia has announced rewards, in a public notice, for the civilians who would help cornering terrorists and identifying suspicious terrorist activities in the region. According to the notice, anonymity will be ensured for these civilians.

Incentivizing the masses of FATA might help in their mobilization against the militant elements and motivate them for playing their individual social roles in elimination of terrorism. This tactical step can prove to be an effective strategy towards brining stability in the region.