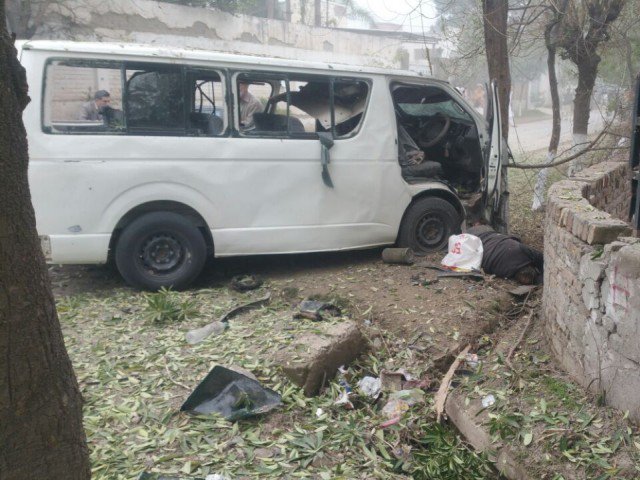 On the Wednesday afternoon, a suicide bomber, riding a motorcycle, detonated his explosive vest while bumping his bike into a vehicle carrying civil judges in Phase 5 of Hayatabad locality in Peshawar. As a result of the explosion, the driver of the vehicle was killed on the spot, while the judges, including three female judges, sustained injuries. Apart from those, about seven bystanders were also wounded in the blast.