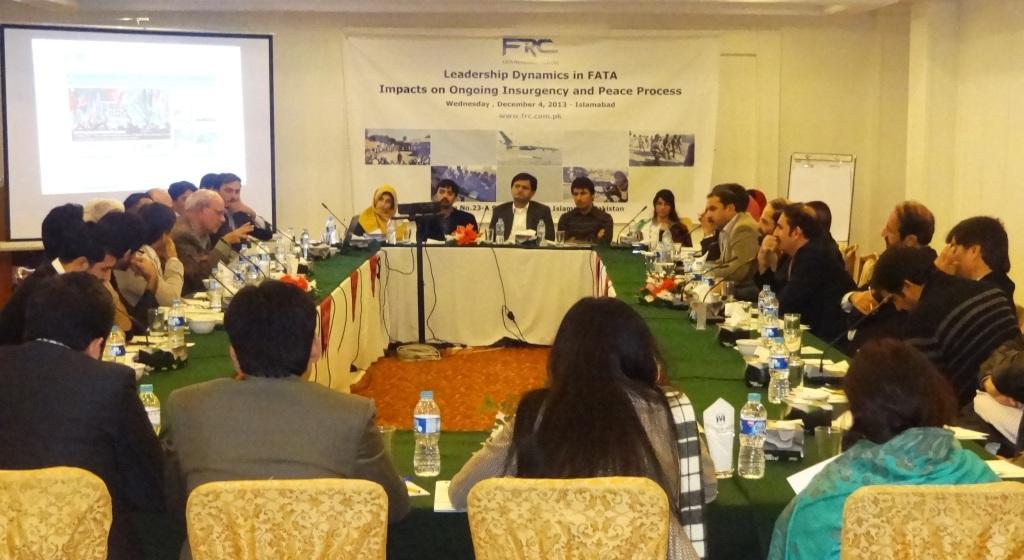 The participants discussed the impacts of change in Taliban leadership over the internal structure of the banned organization, an expected shift of violence towards the settled districts of Pakistan after elevation of non-Mehsud as TTP head.

Lt General (Rtd) Asad Durrani, former DG ISI, while speaking at the occasion highlighted the current security situation of Pakistan, discussed pre 9/11 scenario in tribal belt of Pakistan and the decision to send security forces into the area during Musharraf era.

“We strongly opposed the decision of government of sending security forces to the tribal agencies”. Former head DG ISI further said that “Military operation was a great mistake on the behalf of government of Pakistan”.

He further elaborated that security forces job is to contain any disturbance in a certain locality and not a solution to crisis like we are having in the tribal belt.

“We need to ponder upon other options than military operations and should consider them as soon as possible otherwise we will be out of appropriate time”, elaborated further by Mr. Durranni.

Shams Zadsht, the official of Afghan Embassy, discussed post-NATO withdrawal scenario and emphasised on the strength of Afghan National Forces and their capabilities to defend the Afghan Frontiers.

Mr Zadsht said that they consider Pakistan and Afghanistan has mutual benefits and regional interests and both the countries have historically been allies of each other.

“We cannot consider Pakistan and Afghanistan as hostile to each other”. He further added “both the countries share centuries old culture, norms and frontiers and the same will continue in future also”.

Dr. Ashraf Ali, the president of Fata Research Centre while giving his concluding remarks emphasised on continuing of dialogue process to contain this persisting wave of insurgency in the country.