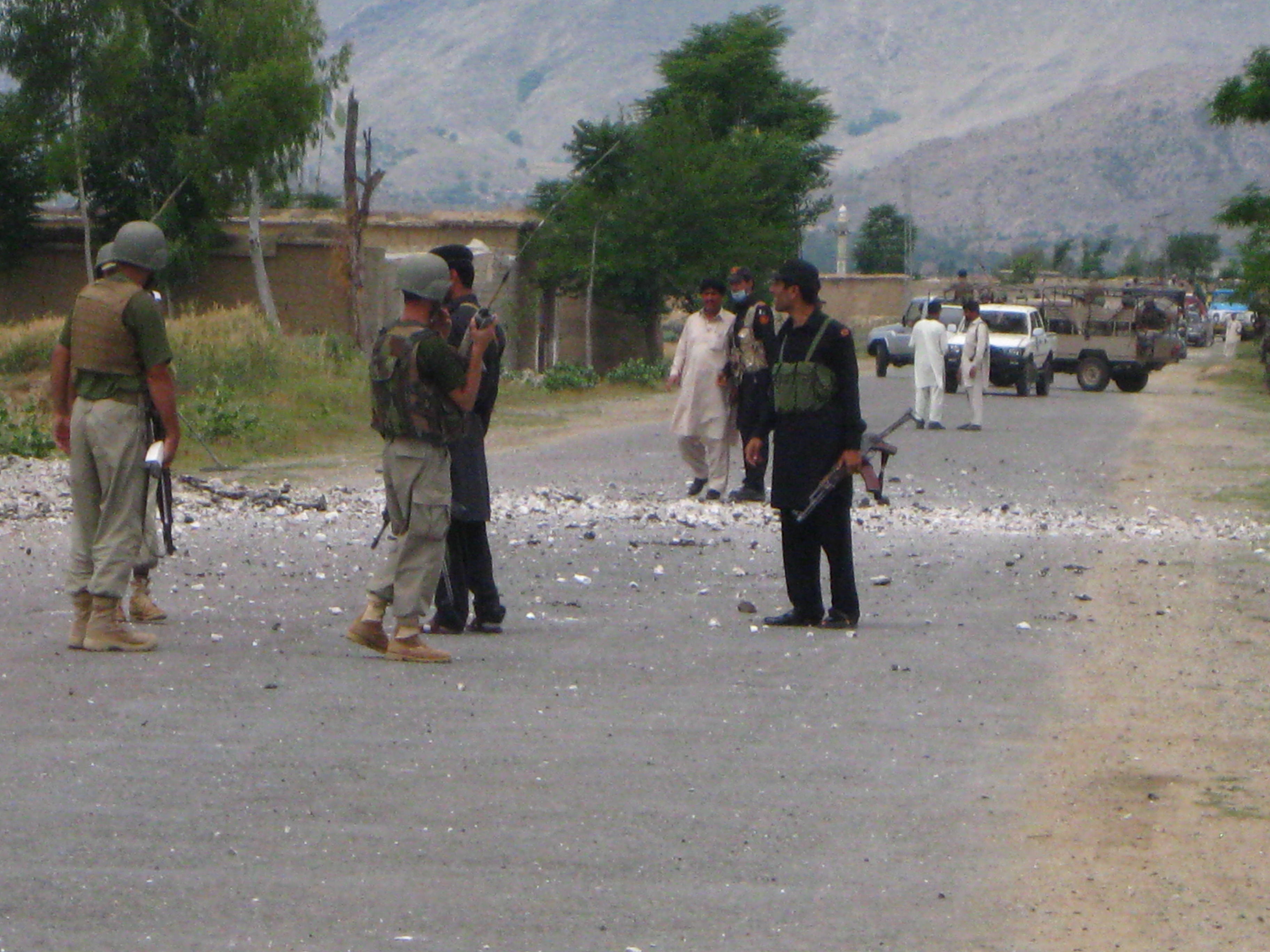 Officials of the local political administration said that Bajaur levies force personnel were going to Nawagai from Khar when they met the tragic incident about 10km from the agency head quarters Khar.

“Personnel of Bajaur levies force were doing routine patrolling in the area when it was hit by an improvised explosive device planted on a roadside by unidentified miscreants”, said Mr. Khan.

“The blast injured six personnel of Bajaur levies force in addition to a woman who was working in the nearby fields”, added Mr. Khan.

Soon after the incident officials of local administration rushed to the site and shifted the injured to the Agency Headquarters Hospital Khar.

According to hospital sources, two injured of Bajaur levies official were reported to be critical.

Till the filling of this report no militant group has claimed the responsibility of the attack.

Bajaur Agency has been passing through a calmer period for the past few quarters however certain portions of the agency, particularly lying near Pak-Afghan border, are still vulnerable to IED and landmine attacks targeting security forces installations from time to time.