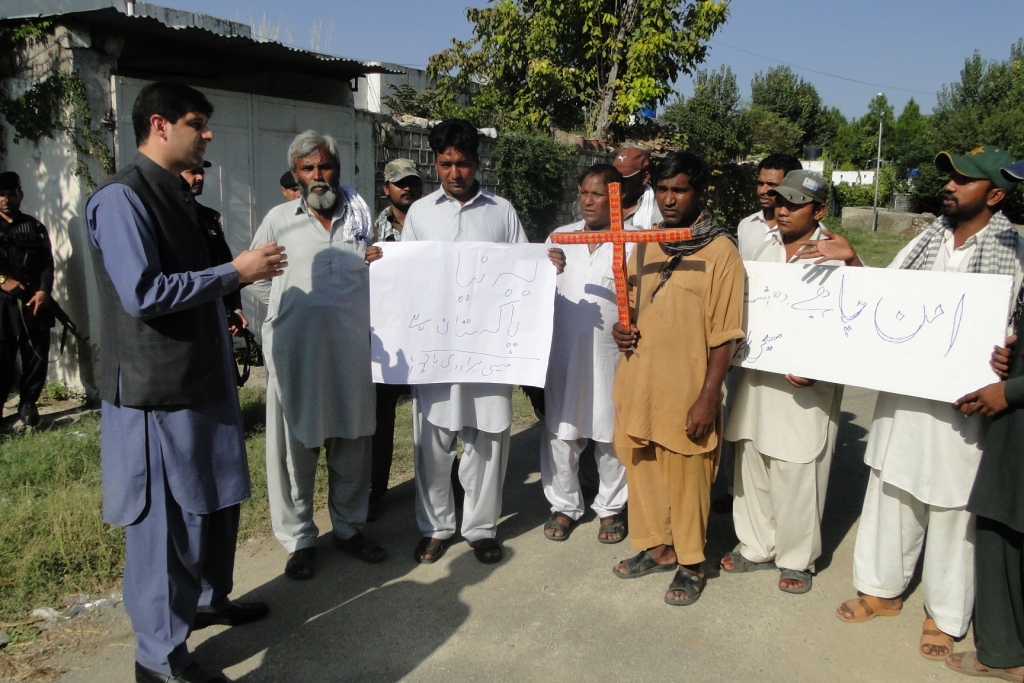 BAJAUR, Sept 25: Members of Christian community on Tuesday took out a peaceful protest procession in Bajaur tribal agency to condemn the suicide attack on Peshawar Church and demanded the government to ensure security of religious minorities in the country.

According to the details: The protest rally was led by Ajmal Masih started from Khar and ended at the office of political administration in civil colony. Protesters strongly condemned the tragic incident of Peshawar church and demanded the government to immediately arrest the persons behind the attack. The Christian community members said “We were peaceful citizen and would be peaceful forever and would not be afraid by these kinds of incidents.” They demanded from the federal and provincial government to provide security to Christians and other minorities in the country. The protesters demanded from the local administration to immediately establish a church and cemetery for Christian community in Bajaur Agency Bajaur Agency, Assistant Political agent, Asad Sarwar also addressed the really and said the every citizen of the country should condemned the attack on Peshawar Church because it was not only against Christian but also against all Pakistan. He expressed solidarity with the Christian community and sympathized with the bereaved families.

Later on the workers of various political parties also joined the really and showed solidarity with them and the really was ended peacefully.