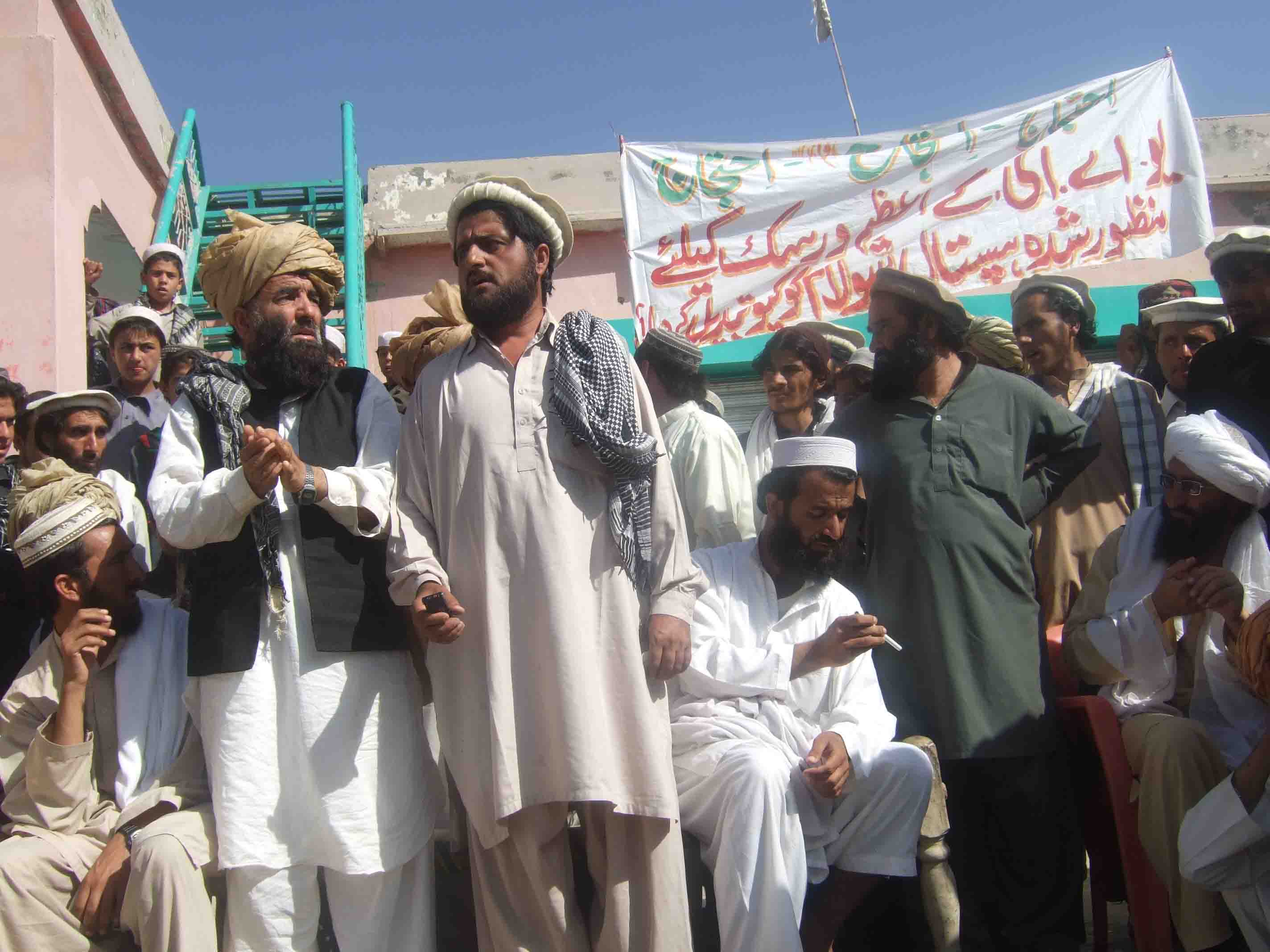 Dwellers of Azam Warsak Protest Against Shifting of Hospital

According to FRC field reporter, the people of Azam Warsak, 30km away from agency headquarter Wana, staged a strong protest against the shifting of construction of United Arab Emirates (UAE) funded hospital from Azam Warsak area to Shah Alam area. A large number of people participated in the protest rally.

While addressing the rally, Malak Ghaiz Ullah Khan, condemned the involvement of Pakistan Army and the political administration in cancellation of the sanction of fifty bed hospital to be constructed at Azam Warsak area.

Maullana Shahzada, while addressing the rally, termed this shifting as injustice and held the government responsible for it. “We have been deprived of our basic rights and will fight against this injustice”, he added.

People protesting demanded the resolution of the issue from the UAE government and the local political administration as well.