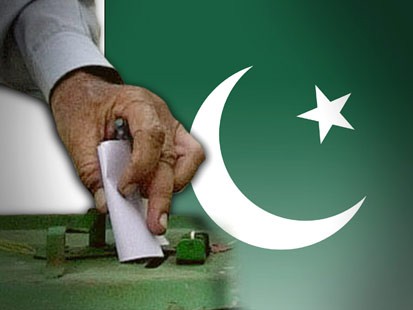 BAJAUR AGENCY, March 24: The Election Commission of Pakistan (ECP) has completed the registration of voters in Bajaur tribal region for the coming general election and there are a total 356,565 registered voters in the two National Assembly constituencies.

Talking to FRC here on Saturday, agency election officer Said Gul said that the ECP had finalized the new voter lists of Bajaur Agency for the election. A total of 101740 news voters have been registered.

He said that local people showed interest in getting identity cards, as these were must for getting relief items and compensation.

He said that the commission was likely to establish 235 polling stations in both the constituencies of NA-43 and NA-44.

Answering a question, he said that submission of nomination papers by candidates would start from Monday.

Meanwhile Political Agent Bajaur Syed Abdul Jabar Shah who is also agency Returning Officer has said that the administration would fulfill its responsibility to ensure peace for holding free and fair elections in the region.

“Holding of peaceful free, fair and transparent elections in the Agency were the top priorities of the administration and all possible security measures will be taken for this purposed,” he said.

He said that the administration is providing all facilities to the candidates for its election campaign adding that personnel of levies forces and paramilitary troops will be deployed at all the polling stations.