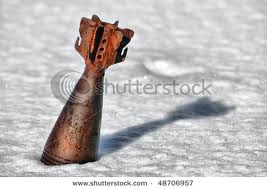 The missile attack came at around 10.30 am today.

According to details, the congregation of Naseer Ullah was in progress in Mughal Khel village, adjacent to Wana Bazaar, when missiles exploded. Naseer Ullah is contesting against NA-41 as an independent candidate.

As per initial reports, the occurrence claimed at least two lives and left thirteen injured however the casualties may increase.

Among the four fired missiles, two landed in the rally, one at the eastern portion of Wana Bazzar while the other exploded near Army Aviation Base Wana.

Casualties resulted from the rest of two missiles couldn’t be ascertained as security forces and law enforcement agencies cordoned off those areas.

The injured of the rally were rushed to Dr Noor Khanan Hospital, Dr. Yaqoob Hospital and Headquarters Hospital Wana for initial aid. According to hospital sources many of them are stated to be in serious conditions.

Recently we have noticed that a number of aspirants for National Assembly seats were holding their political gatherings in the area as the first ever party basis elections are to be held. The people of the area have shown great enthusiasm in these political rallies.

This was the first missile attack on any political rally in area since the onset of canvassing. No one claimed the responsibility for the terrorist activity till filling of this report.