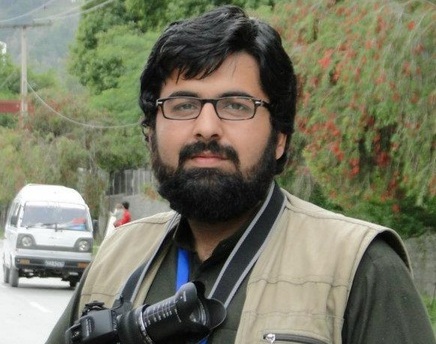 ISLAMABAD, Sep 12: In nationwide photography content, a student from FATA got second potions while presenting the soft image of Pakistan through capturing the stunning natural beauty, amiable culture and variety of sceneries of Pakistan.

To show soft and positive image of Pakistan to the world Unique Pakistan organize photo contests in the country in which well known photographers of the country present their pictures. Mohammad Jibran Khan belonging to FR Bannu is the student of Journalism & Mass Communication in University of Peshawar. He presented the pictures captured through his camera reflecting the beautiful sceneries of Bannu.

The pictures presented by FATA student Jibran Khan left the privileged photographers behind and proved that land of FATA was fertile with enormous talent. Jibran Khan, being inclined to Photo Journalism, in a interview with FRC correspondent said that he had love with camera and aimed to present the real and lovable face of the FATA to the world.

Mohammad Jibran Khan blamed the news photographers for just showing the negatives face of the FATA to the world. He said tourisms spots, natural beauty and cultural events of these areas were also entitled to be portrayed to the world.

Mr Khan believed that the new generation of the FATA is well aware and has arisen to their get rights. He maintained that the dark-age and ill-fate of FATA would soon come to an end.