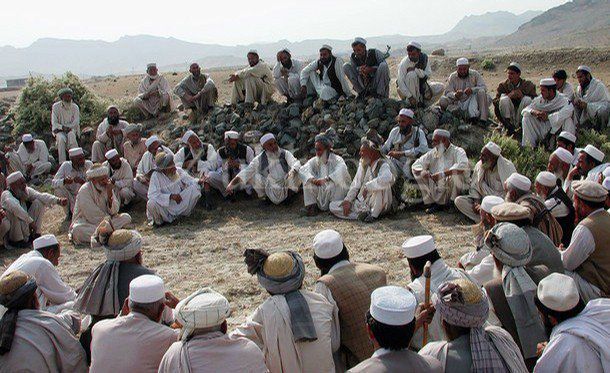 Girga held among Talibans, Tribal elders and Ullamas in NWA

ISLAMABAD, August 27: A Jirga took place among Talibans, Tribal Elders and Ullamas, regarding the expected military operation by the Pakistani army in the North Waziristan Agency, on 25th August in a local Madrassa in Miranshah area of NWA, according to Sailab Mahsud correspondent FRC for South Waziristan.

During the Jirga, Taliban leaders said that they had been abiding by the peace agreement made with the government and they had not violated the peace treaty.

They accused of the army of violating the peace agreement by announcing a military operation in the Agency to please the Americans.

Taliban leaders also announced that in case of a military operation the IDPs of North Waziristan Agency would not go to government camps in the settled Districts of Tank and Dera Ismail Khan.

They said that they realized the difficulties faced by the Mahsud IDPs of South Waziristan Agency. “They are living a miserable life in the above-mentioned two Districts of KPK Province” one of Taliban observed.

They advised the local tribal elders and Ullamas to convince the local people to migrate to Afghanistan in case of Pakistan army launch a military operation in the Agency.

They also told the tribal elders of the Agency to make contacts with Karzai government to grant refugee status to the IDPs of North Waziristan Agency.

Due to the rumors of military operation in North Waziristan Agency civilians has started leaving the Agency and are shifting to safer places in KPK Province to save their lives.

Ehsanullah Ehsan chief spokesman for TTP, while talking to Sailab Mahsud on telephone on 26th August, has rejected the claims of Americans that Badrudin Haqani has been killed in a drone attack he said that he is alive and well and leading the group in Afghanistan.