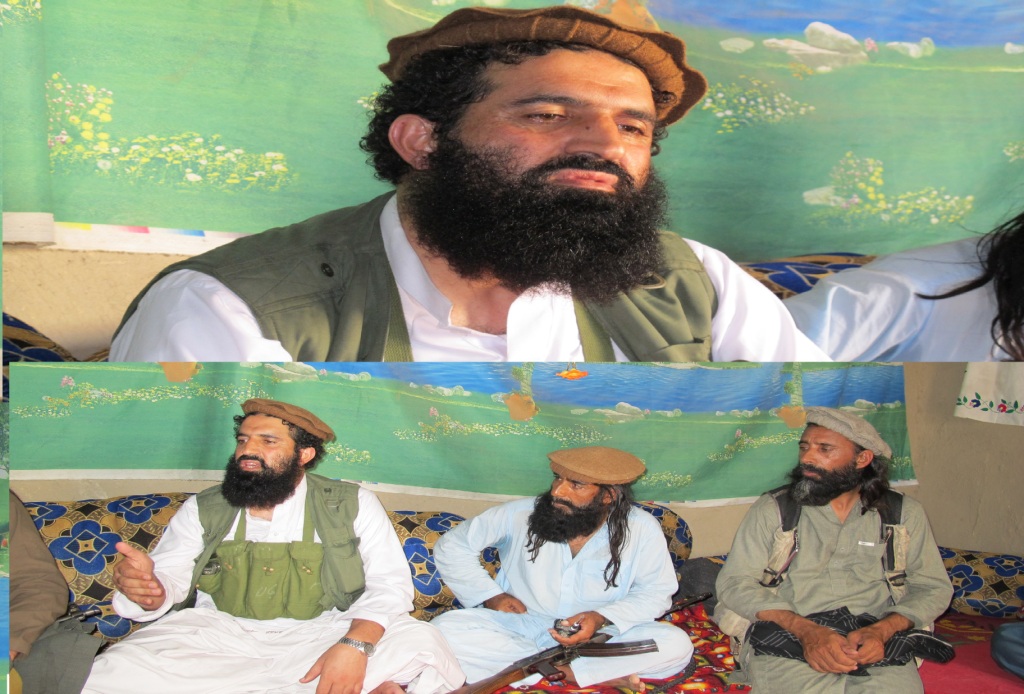 Government Should Show Seriousness in Talks

South Waziristan Agency, Oct 10: Tehreek-e-Taliban Pakistan has welcomed the peace talk initiative from federal government and once again gave a beckon of willingness for table talks but urged the government to take steps for cease fire in tribal belt at earliest, FRC learnt.

TTP central spokesman Shahid Ullah Shahid gave these details to the areas’ journalists in an interview that was held at an unknown location in South Waziristan Agency few days ago.

The detailed interview can be read as;

Translation of the interview with Shahid Ullah Shahid:

The military operation in FATA has been launched since past nine years but the authorities remained short of eliminating TTP from the scene. Even after nine years TTP stands still united and acts as a one unit stronger than previous.  TTP was neither terrified in these nine years nor is frightened of them at present.

Today TTP is ready to talk with the authorities (federal government) but the government should take initiative to stop operating against Taliban (TTP) at first. The Government doesn’t seems serious in the peace talks as the Prime Minister Nawaz Sharif has said most of the times that Taliban should put down the arms. The PM has gone further more and said that Taliban should accept the constitution of Pakistan. I would like to tell the PM of Pakistan that TTP is in favor of peace talks but will never accept the constitution of Pakistan. The reason is that the constitution is on democratic lines and according to Taliban ideology democracy is a secular agenda.

The government of Pakistan is slave and helpless and the height of helplessness is such that the United States is violating the sovereignty of Pakistan through drone attacks continuously but they can’t do anything to stop it. The drones even have killed sixteen members of a single family but the government did nothing. Under such circumstances peace talks with a helpless government is not difficult but also not easy.

According to the law of Shariat, attacks on Church are legitimate because in many countries Christians and other non-muslims have rinsed the holy places and mosques in blood without any reason. Besides, a number of accidents have happened where desecration of our Holy Book Quran occurred. In the recent church attack in Peshawar TTP was not involved but the organization did not condemn the involved organization and the respective attack because we consider defense of Muslims as our prime responsibility.

In a reply to a question regarding the attacks on Pakistani citizens (Muslim), he replied, “Taliban movement is worldwide and works for the defense of all Muslims, second we didn’t target the innocent citizens rather some third party, working on the agenda of foreign countries, is doing all this to distort image of Pakistani Taliban”. Responding to question about clashes between different Taliban groups he said, “All these groups (Taliban) are united under the central leadership of Ameer Hakeem Ullah Mehsud”. All Taliban are a part of one group and to give identities these have been divided into different wings and professions and this is the central reason that Taliban groups expanded into different parts of Pakistan from the restive tribal areas. Now the aim of TTP is to turn Islamabad into a real Islamabad, where soon all decisions would be taken in accordance to Sharia laws.

He added further that though Mohmand, Bajaur, Khurram, South Waziristan Agency and Swat are under the control of Army but soon in these areas all decisions would be taken according to Shariat but to achieve this religious scholars have to play their role.

“We are not going to deal with the nuclear arsenals of Pakistan as our aim differs from it”, said Mr. Shahid to a question about TTP intentions towards nuclear assets of Pakistan.

About the Afghan and other foreign militants he said that Pakistani Taliban and Afghan Taliban are followers of a same ideology, as we are the Muslims and believers of Muslims brotherhood and we don’t believe on borders that segregate us. TTP fighters would take part in any war launched against Muslims around the globe as we did in Afghanistan but now a number of commanders belonging to different militant groups are fighting in Afghanistan and we limited ourselves to our country in order to eradicate all those elements from way that are creating hurdles in the implementation of lsamic Sharia. However, in the time of need if Afghan Taliban needs our help we will start lending our support to them at many fronts. As even today many TTP militants including Ameer Mulana Fazal Ullah, and other militant commanders of Dir and Bajaur Agency are fighting in Afghanistan, similarly many Afghan fighters are present in Pakistan and working with TTP.

When he was asked about the foreign militants presence in Pakistan he said, “If America and west can unite in attacking Afghanistan then what’s wrong if Muslims come together to help each other”.

At the attack on Malala Yousafzai he said, “She was targeted due to her violation of Islamic provisions and not because of going to school”. Malala didn’t demonstrate any courageous act in fact she was writing diary with fake name Gul Makai, rather the real bravery was shown by the students of Jammia Hifsa Islamabad. Ironically the media and secular system don’t recall the sacrifices of the students of Jammia Hifsa. “TTP would target her again if found an opportunity”, Mr. Shahid said.

On the stance of Imran Khan regarding opening of an office by TTP, the spokesman said, Imran Khan is a part of secular system and we are the rebellious of secular system. If he is sincere in peace talks then he needs to come out from this democratic system and negotiate with us. He also added that, we are advising Imran Khan not to keep his focus on one side of the picture rather also try to look at the other side.

From the last nine years many people are trying for peace talks but behind the curtain and we appreciate their efforts. However for peace talks with TTP the government should fulfill our demands and our utmost demand is to end drone attacks in tribal belt and to release TTP members from army and security forces custody.

The people of Pakistan are fed up with the current democratic system and are looking towards Taliban and we will not let the sacrifices of TTP soldiers in ruin. InshaAllah very soon we will bring a system in which all the Muslims will get equal rights and equal handed justice under the auspices of TTP.