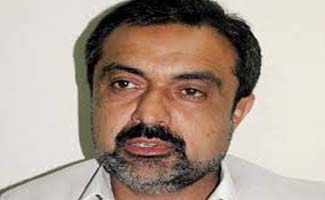 BAJAUR AGENCY, Mar 20: Governor Khyber Pakhtunkhwa, Engineer Shaukat Ullah, visited Bajaur Agency here on Wednesday and addressed a tribal Jirga wherein he lauded sacrifices of the tribesmen in eliminating militants and maintaining peace and writ of government across the agency.

During his address he said that government is committed to improve living standard of tribesmen and all possible means are being taken to provide basic and modern civic facilities to tribal people.

The Governor said that the government is determined in bringing tribal areas to the mainstream because positive changes in the tribal system are need of the hour.

“The government is committed to bring positive changes to the tribal system as lives of tribesmen could not be improved unless the old tribal system got change”, he added.

The Governor further added that government is aware of the problems and issues of the people of tribal areas and is taking all steps to address their needs. He lauded the tribal elders for their tremendous efforts and sacrifices in restoration of peace in the agency and asked them to continue their efforts for maintaining peace and writ of the government as both are vital for durable development of the region.

“We are proud of the sacrifices of the tribal elders they had rendered during militancy for the sake of larger interest of our country”, Eng Shaukat Ullah said.

Meanwhile, the local administration on Wednesday took extraordinary security measures across the agency to prevent any unpleasant incident during the governors’ visit to the region.

Hundreds of additional Levies and FC personnel were deployed at various areas while all public offices including offices of the administration in civil colony Khar remained closed.