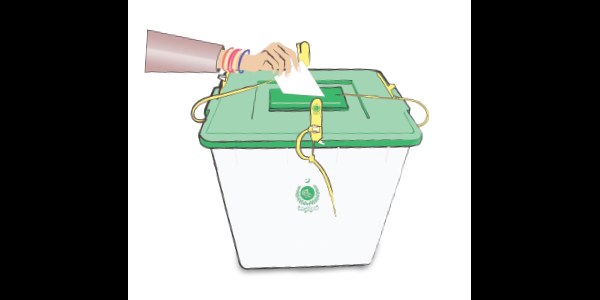 Gulana Bibi Kicked Off Her Election Campaign In FR TANK

Bannu, Apr 10: ‘Gulana Bibi’ another female candidate belonging to tribal belt kicked off her election campaign in FR Tank area, and vowed to work for the uplift of tribal female, FRC learnt.

Gulana, 65, hailing from Dera, a small village bordering SWA, papers have been accepted against the provincial seat PK 69 Tank.

While speaking to media men at her residence in FR Tank, she said that the inspiring motive for her decision to participate in the coming general election remained the miserable conditions of tribal female. “The tribal women are deprived of their rights and I will work for their betterment”, said Gulana enthusiastically.

“If tribal women had only one problem, I would have discussed it with you right now, however the issues we face are numberless”, said Gulalna Bibi while stressing upon the tribal female’s under privileged status.

She vowed that after being elected to provincial assembly she will concentrate on encouraging females of the tribal belt, in particular, to get an education and subsequently employment.

“Educated tribal females are the need of the hour”, she stressed.

While responding to a question regarding her election campaign in the volatile tribal area and threats to her life, she stated that “The Almighty has the powers to confer death and life to humans”, and added courageously that tribal women are not cowards rather have shown bravery at a number of occasions in the annals of history,

“The situation has now considerably changed from the past and women from the tribal belt have opted to participate in the general elections”, replied Gulana to a question relating to tribal women participation in elections that is deemed inappropriate in tribal society.

It is pertinent to mention here that Badam Zaree, a female candidate, is contesting election from Bajaur Agency as an independent, however, Gulana Bibi is contesting on a political party ticket.