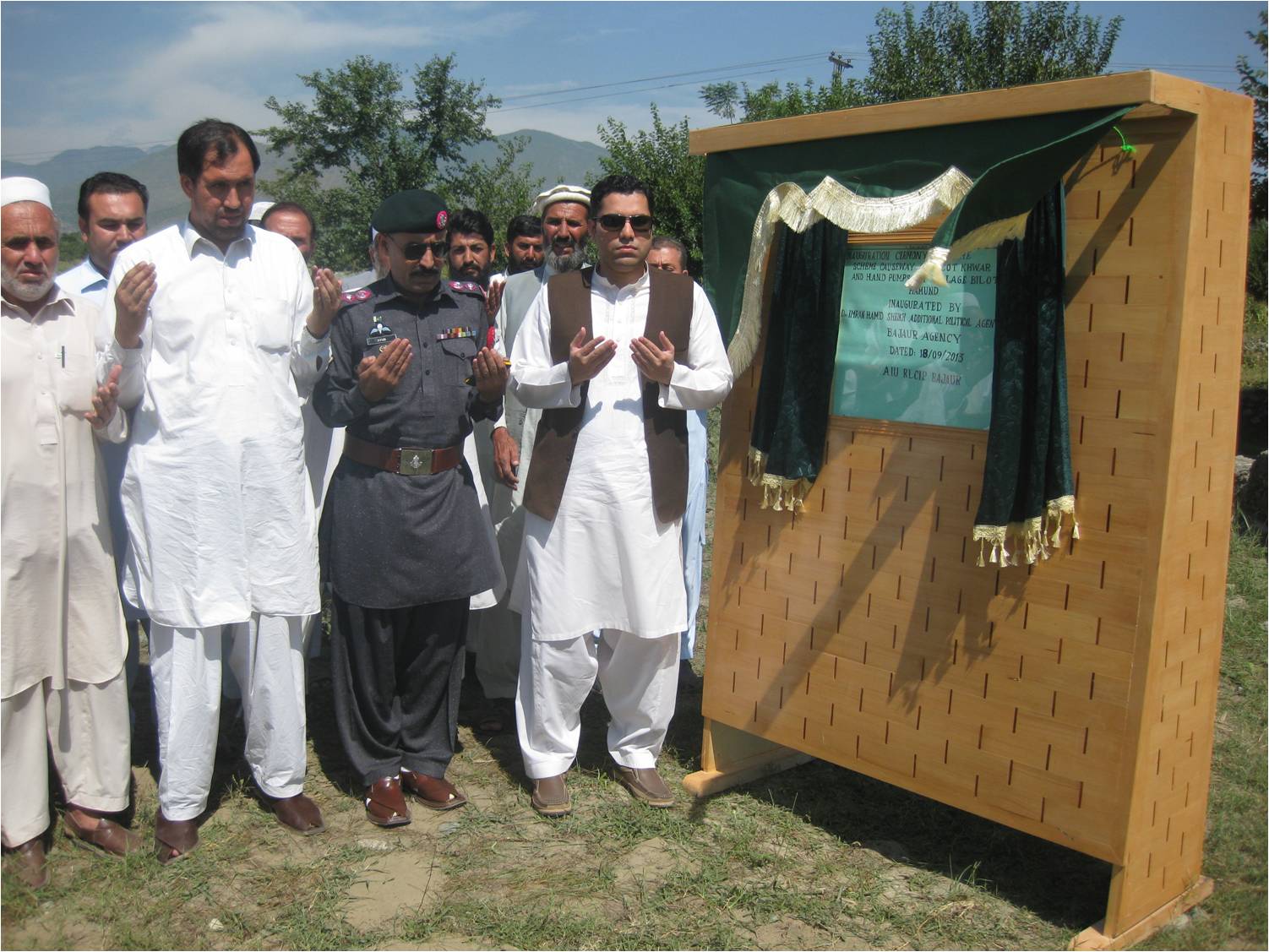 Tribal elders, members of local peace committees, senior officials of the security forces and the local administration attended the ceremony.

The Additional Political Agent said that various areas of the agency had suffered by the militancy and the military operations which badly affected the natural resources, basic facilities and infrastructure.

He said that the administration has taking keen interest in providing basic facilities to the people of militancy hit areas and all out efforts being used to facilitate people.“Though the administration struggling for the early provision of basic facilities and renovation of infrastructure in the war affected areas but we are not able to achieve our goal of civic services reestablishment without the support of international organizations.”

He said to the officials of the project to strictly follow merit and transparency in their activities to ensure efficient facilities to the deserving people of the region.

In the ceremony Mr. Muslim Khan, Project coordinator of the RLCIP project in Bajaur briefed the officials about the activities of this project and organization, that RLCIP is a Multi Donor Trust fund project working for Rural Livelihoods and Community Infrastructure activities. The project has been initially started in three Tehsils, Nawagai, Salarzai and Mamond while it would soon extended to others areas of Bajaur Agency.

RLCIP Project is working in financing for the community development activities, provision of basic services and small scale of productive infrastructure, strengthening capacity of government institutions for responsive and inclusive planning and delivery services,” The RLCIP project will help to improve livelihoods and access to basic service infrastructure in the militancy hit areas of Bajaur agency.