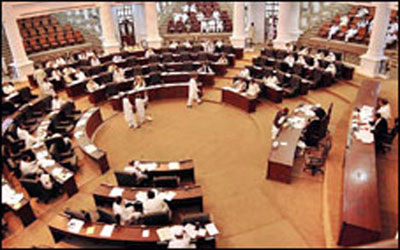 Peshawar, August 29: Proclaiming the US drone attacks as being against the sovereignty of the country Provincial Assembly of Khyber Pakhtoonkhwa passed a unanimous resolution on Tuesday and strongly condemned the attacks while urging the federal government to stop them, FRC learnt.

According to details, Provincial assembly of Khyber Pakhtunkhwah unanimously passed a resolution, presented by Pir SAbir Shah of PML-N, to condemn the CIA-operated drone attacks in FATA.

The resolutions said that the drone attacks were illegal and have killed thousands of innocent tribal people. Furthermore, it said that drone strikes were against national sovereignty and independence.

The Assembly members, through this resolution, also demanded of the federal government to take immediate and effective measures for the stoppage of this unjust and cruel act of America.

The resolution also urged the international community to come forward and play its role in halting of drone attacks.

At least 252 tribal people including women and children were killed in 37 drone attacks on FATA during the last eight months of this year. Estimates show that there had been 64 drone attacks in 2011 and 117 in 2010.

Though Pakistan has formally protested 8 times during last 12 months but US attacks go unabated as the Pakistani government and military give their tacit approval to the drone strikes.

Sources said that recently increase in US drone attacks was the result of Pakistan’s reluctance for initiating military operation again militants in NWA.