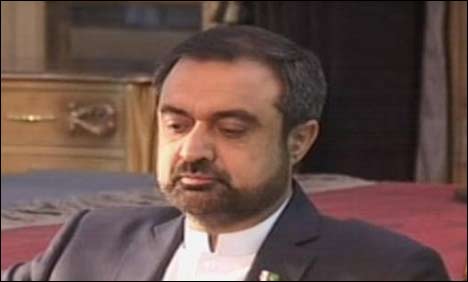 BAJAUR AGENCY, April 10: The outgoing Khyber Pakhtunkhwa governor, engineer Shaukatullah Khan returned to his home town in Bajaur Agency from Peshawar here on Wednesday after his resignation as Governor KPK.

The outgoing governor, Eng Shaukatullah Khan accompanied by few senior officials of administration arrived via special helicopter and was warmly received by tribal elders and officers of local administration in Nawgai area of the agency.

After receiving the governor the political administration took him to his native home located in a far flung area with full protocol.

While speaking to delegation composed of tribal elders, religious and political leaders at his residence in Nawagi, the outgoing governor said that he tried his best to deliver for the welfare of tribal areas and its people during his tenure of govern-ship.

“I made all possible efforts to serve the tribesmen and bring some positive changes in the socio-economic conditions of the tribal areas without discrimination in my tenure”, he said.

He claimed that during his tenure of governorship he took keen interest to improve living standard of the people of tribal areas and I hope it will bring positive and meaningful changes in the lives of tribesmen in coming days.

“Being a tribal I feel proud to have served as KPK Governor and it shows that tribal people are capable of working at important civil slots”, added Engineer Shaukat Ullah.

“During my tenure i highlighted the plight of tribesmen with the high up’s of government at a number of occasions and got assurance from them, Prime Minister and President, to take solid steps for their improvement”, said the outgoing Governor.

Eng Shaukatullah lauded the tribal elders for their tremendous efforts and sacrifices in the restoration of peace in the agency.

It’s worth mentioning here that Eng Shaukatullah Khan was the first ever in the history of tribal area who was appointed as Governor of Khyber Pakhtunkhwa in February 2013 by the then President of Pakistan, Asif Ali Zardari.