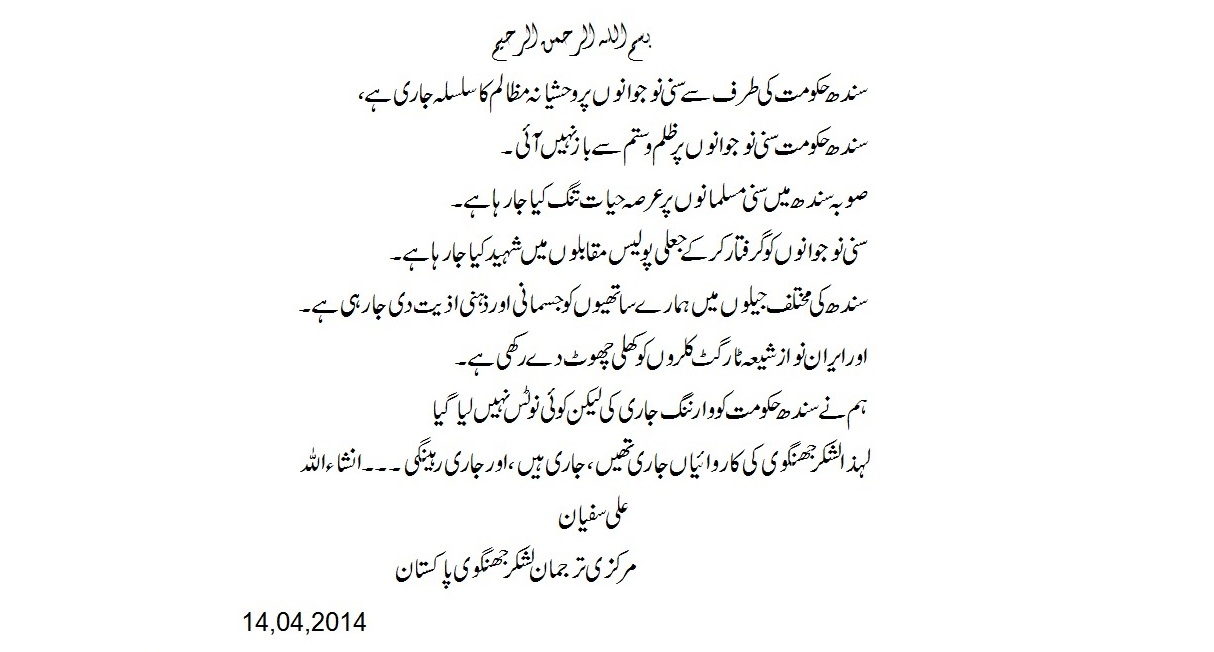 Tank, Apr 14: Spokesman for militant organization Lashkar-e-Jhangvi (LeJ), Ali Sufian, has warned the government of Sindh to stop atrocities against young sunni-sect followers across the province otherwise they must get ready for stern consequences.

The pamphlet was sent electronically to FRC here on Monday.

The Sindh government is not abstaining from atrocities directed against the Sunni youth and is continuously torturing them. This practice has been in place since long in the respective Sindh province of the country. They arrest Sunni young people and then kill them in fake police encounters. Our brethren are being torched both physically and mentally in various confinements across the Sindh province. However, the Iranian sponsored Shia target killers are given free hand to pursue their agendas’.

We warned the government of Sindh but they didn’t pay any heed to the issue.

Therefore, the activities of Lashke-e-Jhangvi were being pursued, active presently and will continue in the future also.