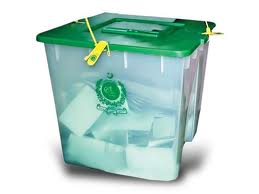 BAJAUR AGENCY, October 1: A former lawmaker of Pakistan People’s Party has threatened the central government here on Tuesday to announce schedule for the local bodies’ elections in Federally Administered Tribal Areas (Fata) before Eid-ul-Azha, otherwise they would launch a protest movement across the tribal region.

Addressing a press conference, Syed Akhunzada Chattan, appealed to the chief justice of Pakistan to take suo moto notice of the delay in announcement of schedule for the local bodies’ in Fata.

He said that democracy is the best form of government as it provides the basic facilities and fundamental rights to all citizens irrespective of their creed and race.

“Local bodies are vital for strengthening democratic processes and improving living standards of people in tribal areas that have been badly affected by militancy since the last one decade”, Mr. Chattan added.

Mr Chattan said that upon the directives of Supreme Court, federal and provincial governments have started preparation to hold local bodies’ elections but they didn’t make it clear whether the polls would be held in tribal areas or not.

“Holding local bodies’ elections in tribal areas is need of the hour”, he added further.

He said that taking part in local governments elections’ is the right of tribal people. He revealed that depriving tribal people of their constitutional rights might lead to conflict and backwardness.

The former lawmaker alleged that there are certain elements, who have always opposed the democratic processes, who are creating hurdles in bringing positive changes in the FATA.