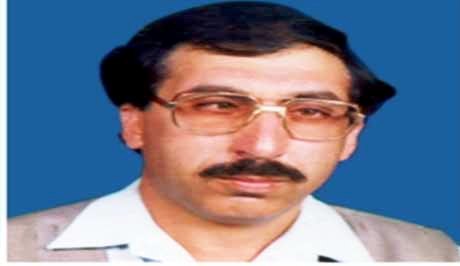 Islamabad, Sep 15, 2014: The former President of Press Club Miranshah, Malik Mumtaz (Late) has been nominated as the winner of RMNP Sadiq Press Freedom Award 2014 owing to his courage and dedication to his profession, FRC learnt.

His son Mohammad Suleman Khan was awarded the cash prize of PKR 60,000 during a ceremony held in Ahmedpur East, District Bahawalpur on September 14, 2014.

Malik Mumtaz is the first tribal journalist that was nominated for the World Association of Newspapers & News Publishers (WAN-IFRA) sponsored Award.

48 years old Malik Mumtaz Khan was based in Miranshah, the main town in North Waziristan, in the Federally Administrated Tribal Areas, and was shot dead on 27th February 2013. He was associated with the country mainstream news channels and had a journalistic experience of 20 years.

Malik Mumtaz Khan left behind a widow, two sons and a daughter. As per RMNP monitoring reports Mr. Khan was on his way to his home near Miranshah when he was gunned down by unidentified armed men waiting in a vehicle with tinted windows of the kind widely used by militants.

“The recognition of Malik Mumtaz Khan for the award is a symbol of struggle for the right of information and a reminder to international community about the tragic conditions Journalists have been suffering since the start of war on terror”, Ehsan Ahmed Sehar, President Rural Media Network Pakistan (PMNP) said.

Pakistan has become one of the deadliest place for journalists now, where seven journalists and five media workers have lost their lives up till 10th September 2014.

During current year as per RMNP monitoring reports one media worker and three journalists have been shot dead in two consecutive days in the month of August 2014.

President RMNP stated that despite the lapse of more than 18 months, killers of Malik Mumtaz Khan have not been brought to justice.

The RMNP Sadiq Press Freedom Award was founded in March, 2005 to honor Late Nawab Sir Sadiq Muhmmad Khan Khamis Abbasi, the last ruler of former Princely Bahawalpur State, who had given the right of adult franchise to the inhabitants of former Bahawalpur province in 1954, while other citizens of Pakistan were allowed to exercise this right in 1970.

The aim of this award is to recognize the courage and commitment of journalists and media organizations. Another aspect of the award is to divert national and international attention towards the vulnerable state of media freedom in Pakistan.