BREAKING NEWS
GMT+5 10:22
Home News Most of the Utility Stores are dysfunctional in NWA 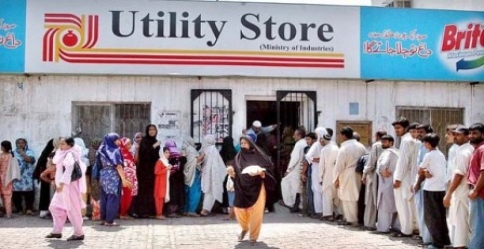 Most of the Utility Stores are dysfunctional in NWA

Miranshah, June 25, 2012: Most of the franchises of Utility Stores Corporation (USC) of Pakistan set in North Waziristan Agency (NWA) are dysfunctional, depriving the people of the area to get essential items at low rates.

People of NWA told FRC that more than 80 franchises of utility stores were established in various parts of NWA, but it proved just a paper work as few stores are serviceable in the area.

Reliable inside sources of Corporation on the condition of anonymity said that more than 80 stores got permission to be set in the area and getting food and non food items on low rates. Instead of selling these items in NWA, the agents sold these items in Bnnu and other parts of the province in the wholesale.

People complained that very few of the 80 stores were visible including in Miranshah Bazaar; however all these stores are lacking most of the commodities.

A resident of Miranshah Imran Khan told FRC that food and non-food items supplied to the franchises in Miranshah are further smuggled to Afghanistan and sold in wholesale, and deprive the people from the low rates facility. He added that the stores established in Miranshah have just sign boards of utility stores and actually selling other things in it.

Resident of NWA demanded of the political administration to take serious notice of the issue and activate all the stores in NWA, like the other parts of the country, so that people could get commodities for daily use on low rates from the stores.