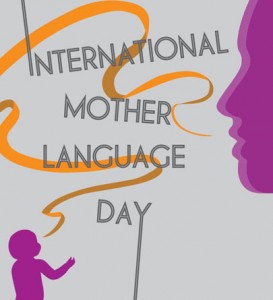 ISLAMABAD, Feb 21: Promotion of indigenous languages in a country can play a vital role in creating harmony among different ethnic population inhabiting a country. Patronage for the promotion, however, should come from the central government in the shape of national policies.

This was the crux of the discussion of a special session organized by FATA Research Centre on International Mother Language Day here on Friday in Conference Hall at Islamabad.

Notables including literary figures, authors, journalists, researchers and the employees of the organization were present at the occasion to mark the significance of the event.

President Fata Research Centre, Dr. Ashraf Ali, while speaking at the occasion highlighted the importance of mother tongue while referring to the Sheikh Saddy.

“One can convey his message up to seventy percent when the means of communication is mother tongue”, Dr. Ashraf said.

“Civilized nations give equal respect to the languages of other nations. This respect and tolerance leads towards harmony among people inhabiting a country”.

Mehran Ali Khan, Program Manager FRC, said that Pashto language is the mother language of Pashtun ethnic population in Pakistan and is an official language of neighboring Afghanistan. Pashto speaking people are mainly inhabited in Baluchistan, FATA and Khyber Paskhtunkhwa.

According to Mr. Khan, Pashtun had faced many wars in the past but the ongoing war on terror became the main cause of entrance of violent elements in Pashto language. He further added that, “ The reason is the decentralized nature of the war where common man became the part of war and the line of division between combatants and civilians became blurred.

At the occasion Ghani Khattak, a well-known Pashto Poet, underlined the importance of Mother Language day observance and said, “By celebrating this day the natives gets the minimum required inspirations for the promotion of their mother tongue which is quite helpful for the survival of any language”, revealed Mr. Khattak.

“It is the Pashto language internal resistive power that have kept itself intact, to a large extent, despite passing through many wars eras”, said Mr. Khattak.

Renowned Pashto Poet, M.R. Shafaq, who has worked with Radio Pakistan for more than twenty years, also addressed the gathering.
Mr. Shafaq urged the government of Pakistan to give a comprehensive plan to its broadcasting channels that should be directed towards creating mutual understanding among the countrymen belonging to all the major native languages speakers.

“Radio Pakistan has listeners in every corner of Pakistan. It is the prime responsibility of government to give due coverage to all the major native languages in its broadcasting programs which would, in my opinion, reduce the perceived hatred among our citizens”, added Mr. Shafaq.

“Every province should be given the autonomy to promote its mother tongue in its own jurisdiction by including it in its educational curricula as a compulsory subject”, revealed further by Mr. Shafaq.

Fata Research Centre celebrates important national and international days thereby inviting well known personalities of the country at the occasion to record their insights into the important events.