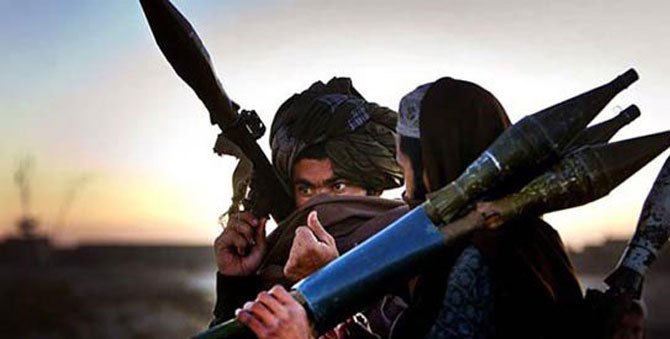 Only Pakhtoon Unity and Resolve Can Defeat Taliban

Darra Adam Khel, June 10: A hitherto organization, Anjuman-e-Azad-Nojawanan, has distributed leaflets in the limits of Darra Adma Khel bazaar here on Monday wherein they have urged the Pakhtoon nation to unite for the elimination of Taliban elements from the country. They have stressed that the youth must be prevented from falling into the hands of the Taliban, who use them to carry out their hidden agenda, FRC sources told.

The pamphlet reads such,

The Taliban are insurgents who are brutally killing innocent Muslims in the name of Jihad and Islam. Pakhtoons were a free and independent nation throughout which is evident from the annals of history as well. They even had handled the most troublesome circumstances efficiently as evident from the recent general elections in the country on May 2011 wherein they participated despite the election sabotage threats by different Taliban groups. It was a good omen and was a slap on the face of the Taliban. This also proves that you (Pakhtoon nation) do not accept the slavery of anybody.

How you (Pakhtoons) have been dominated and driven by Taliban, is a matter of great concern. Taliban know the nature of death in the name of suicide attacks, which is Haram (not permitted by Islamic law) and is the main reason they haven’t sent neither their sons, brothers or any other blood relative to carry out suicide missions.

The leadership of Taliban commanders like Hakeem Ullah, Wali Ur Rehman, Haji Gul Bahadur, Fazal Ullah and Latif Mehsud were street wanderers in childhood. They now capture and train innocent children for the so-called suicide missions and use them in pursuing their objectives which is an open secret for all.

The Uzbeks, Chechens, and others foreign militants have no right to live within our society where our females and children are living as they have opted to perturb the very social fabric of our society. It is binding upon the Pukhtoon nation to come forward and raise its voice against this ulcer. To keep our mouths shut is considered dishonorable in Paktoon culture.

These Taliban elders and commanders have not lived their lives according to Sharia law, and the matter of concern is to prevent our youth from falling into the hands of these commanders in the name of Jihad against the infidels and to get rid of these Taliban (militants).

The Pakhtoon nation has proved itself in bringing a peaceful revolution by actively participating in the general elections of May 2013. Here we request it, Paktoon nation, to act against these very Taliban elements, individually and collectively, so that we can defeat and eliminate them from the surface of the earth just to save our country and religion from this viral disease.

Pledge to serve your country and nation.