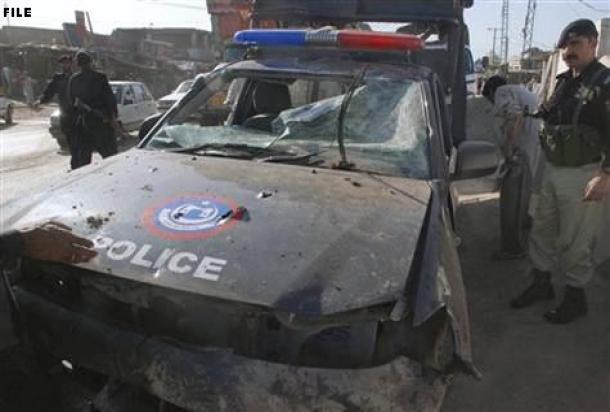 Peshawar, Nov 18: At least four people, including two policemen and a woman, were injured here on Saturday when explosive materials, planted at scheme chock on Kohat Road in Peshawar, went off targeting a police van, FRC learnt.

Police officials told FRC that Police van was on its routine patrolling on Kohat road when the blast took place. The incident happened in Saturdays’ morning resultantly injuring four people, including two policemen and a woman, while the police van was damaged partially.

Police officials, while giving details of the incident, said that four police personnel were sitting in van at the time of explosion.

Rescue and law enforcement teams reached the spot soon after the incident and shifted the injured to Lady Reading Hospital for medical treatment while the law enforcement agencies cordoned off the area and launched a search operation.

It merits mentioning here that KPK police have been receiving threats of suicide and IED attacks since the killing of TTP Chief Hakim Ullah Mehsud in US drone strike in North Waziristan Agency few weeks back.