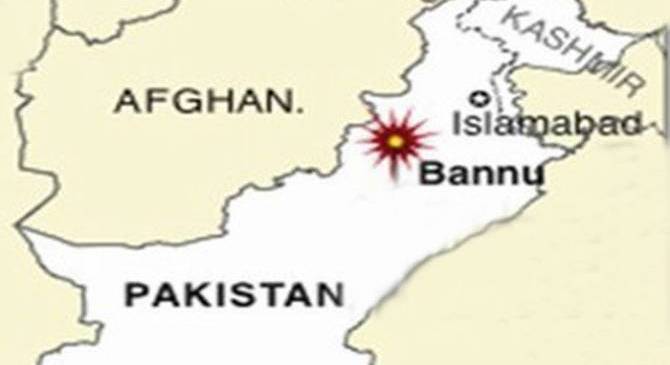 Bannu, Oct 23: At least one militant was killed and three others sustained critical injuries when unknown miscreants attacked security forces contingent near Mirzael check post on Bannu-Miranshah road here in FR Bannu area on the night between Tuesday and Wednesday, FRC learnt.

According to details security forces party was patrolling in the area when the militants opened fire on them. Security forces timely response repulsed the attacked successfully and killed one of the attackers.

The deceased was identified as Saeed Khan while those injured were, Mohammad Ayub, Ihsan and Nadeem Khan.

Seven attackers including three injured were taken into custody by the security forces also and were shifted to an undisclosed location for further interrogation.

Till the filing of this report the affiliation of those being arrested with any militant organization couldn’t be made ascertained. Also no militant outfit has so far taken the responsibility of the attack.

It is to mentioning here that on 5th of this month militants targeted security forces patrolling party with remote control bomb in the same area in which three security forces were killed while eight others were injured. Abu Baseer, the central spokesman for Ansar-ul-Mujahedin, a militant group operating in NWA, had claimed the responsibility of that attack.