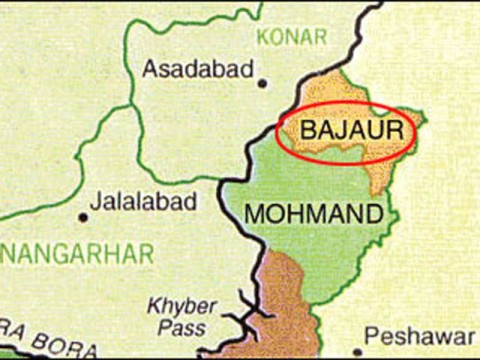 BAJAUR AGENCY , Aug 24: AT least six  militants and two volunteers of the Salarzai Qaumi Lashkar were perished whereas five civilian including two woman sustained injures when the Pakistani militants based in Afghanistan attacked the border area in Salarzai Tehsil in Bajaur tribal region on Friday, sources said.

According to the sources, a militant group penetrated from across the border of Pakistan’s territory and attacked the Batwar village (border area of Salarzai Tehsil 50km north west of Khar).

“More than one hundred armed militants attacked the village and they captured several houses and target posts of the volunteers of the Qaumi Lashkar with firing,” the official told FRC.

Besides, the militants made several residents as hostage in the area and converted their houses as hideouts.

“Dozens of volunteers immediately rushed to the spot and took position near the captured houses by the militant soon after hearing sound of gunfire”, a resident of the vicinity Jandol Khan told.

According to the locals, target of  the militants were the  posts  of  the Salarzai  Qumi laskhar located  in  the   border area  of  the  region  who used  heavy ammunition during the ground attack.

They added that in order to support volunteers, security forces moved forward and have been reported to target hideouts of the militants by helicopter gunship.

“The skirmish between the militants and the volunteers that continued for more than ten hours, has been reported unprecedented fight at Salarzai,” the local said.

The sounds of gunfire in the vicinity spread fear among the people as dozens of families of the village have migrated.

“We have seen that a large number of local families have left their homes and going to the safe spots in the region,” sources said.

Administration has not confirmed the number of causalities but independent sources informed that at least two volunteers of the Salarzai Qaumi Lashkar were killed whereas several others were wounded.

The injured persons identified as Waliat Khan , Zahir Khan , Mujahid Khan , Rabia Bibi and  Zalikha, who were  admitted in the hospital in the Agency’s headquarter at Khar where  conditions  of the two has been stated as critical .

Meanwhile Tahreek-e Taliban Pakistan (TTP) has claimed  responsibility of the attack. Ehsanullah Ehsan, TTP’s spokesman contacted with FRC from the undisclosed location and said that Taliban have carried the attack, adding that several volunteers of the Salarzai Lashkar have also been taken by the Taliban during the attack.

Ehsan further threatened that such attacks in the different parts of the Agency would be continued until people step down from government‘s support against the Taliban.