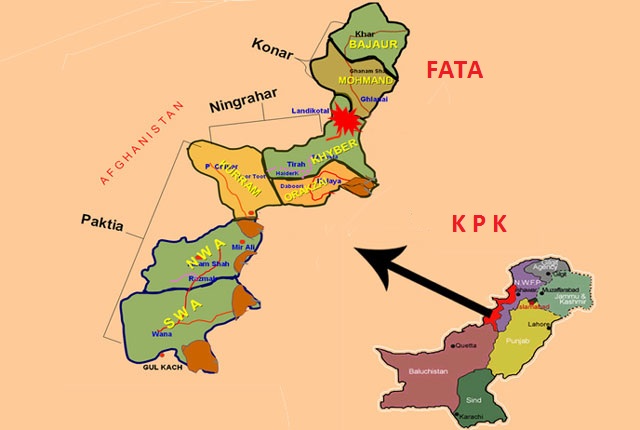 LANDIKOTAL Nov 6: A military action is likely to begin in Bar Qamber Khel Bara while a large scale exodus is expected to take place, FRC learnt here on Monday.

The targeted military operation is likely to begin against the militants in Bar Qamber Khel which may cause migration of the residents’ at large scale.

The Bar Qamber Khel Bara based jirga led by MNA Hameed Ullah Jan Afridi could not get through to satisfy the political Agent Khyber and commandant Mehsud Scouts about their reservations about the expected military operation in the agency.

Extension in dead line should not be expected, PA Khyber made it clear to the Jirga, urging them to continue their negotiations. MNA Hameed Ullah Jan Afridi alleged that some elements were busy to create confusion between the Bar Qamber Khel and the government which might result in the military operation that was against the interests of the tribesmen. “The tribesmen have been made beggars,” Mr Afridi regretted.

According to an insider the Bara based elders’ jirga failed to remove the reservations of the political administration on the previous treaty between the Qamber Khel and the political administration regarding the expulsion of the Afghan based religious scholars from Bar Qamber Khel, destruction of the centers under the use of the militants and handing over the ten wanted persons etc.

The jirga sought extension in dead line to play their due role but the authorities did not agree to do so. However, the authorities urged the Jirga members to maintain their efforts in this regard if they could get any break through.

Political administration’s powers had been confined in the ongoing war on terror in the tribal regions, some of the jIrga members were of the view, saying all the powers regarding the operation rest with the top officials of the security forces.