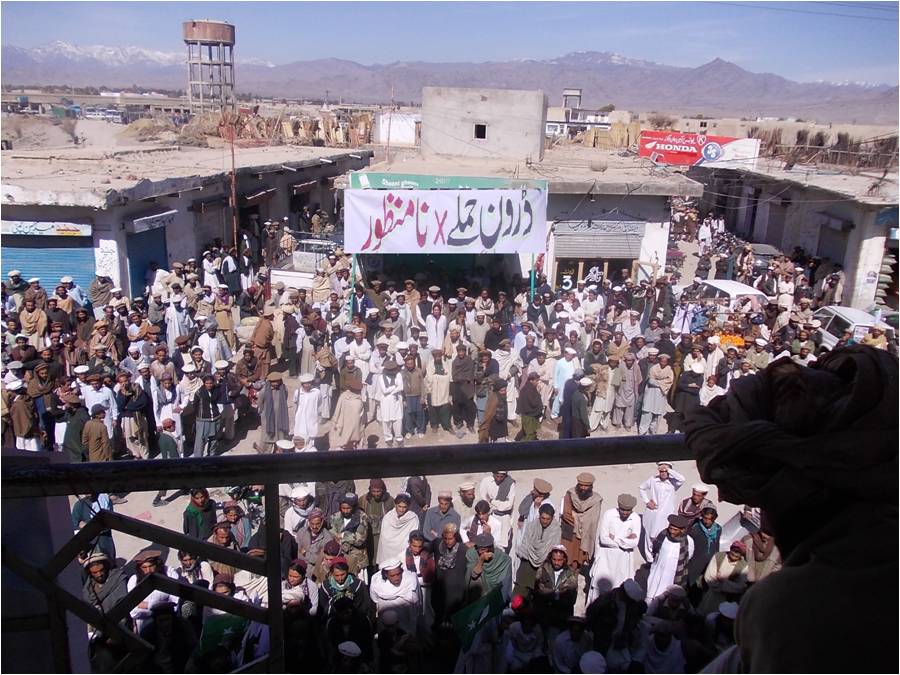 The tribal held rally against the US drone attacks

According to details there were two reasons for holding such grand rally in Wana Bazaar; one was Drone attacks while the other was the US strategy of blaming all tribal people for persisting extremism and militancy in the region.

The rally was attended by thousands of people belonging to different walks of life including members of civil society, teachers, students, tribal elders, maliks and others.

Speakers at the rally expressed that the people of FATA will knock the door of Supreme Court of Pakistan to redress unjust Drone attacks.

They said that innocent people had been targeted in these drone attacks. Maddo Jan Gohar Wazir, one of the organizers of the raly said, “Due to such attacks, 95% people at the Agency got different sort of psychological diseases, therefore drone attacks must be stopped on immediate basis”.

The speakers of the rally also reminded of a conference held in Marriot Hotel Islamabad on the issue of drone attacks which was attended by envoys and ambassadors of various countries on 2nd of February 2013. They separately expressed that international community, even being fully aware of the issue, is not serious to help the people of FATA in this respect.

It is pertinent to mention here that the US conducted 49 drone attacks in FATA last year and out of which 48 such attack were conducted in South and North Waziristan agencies.