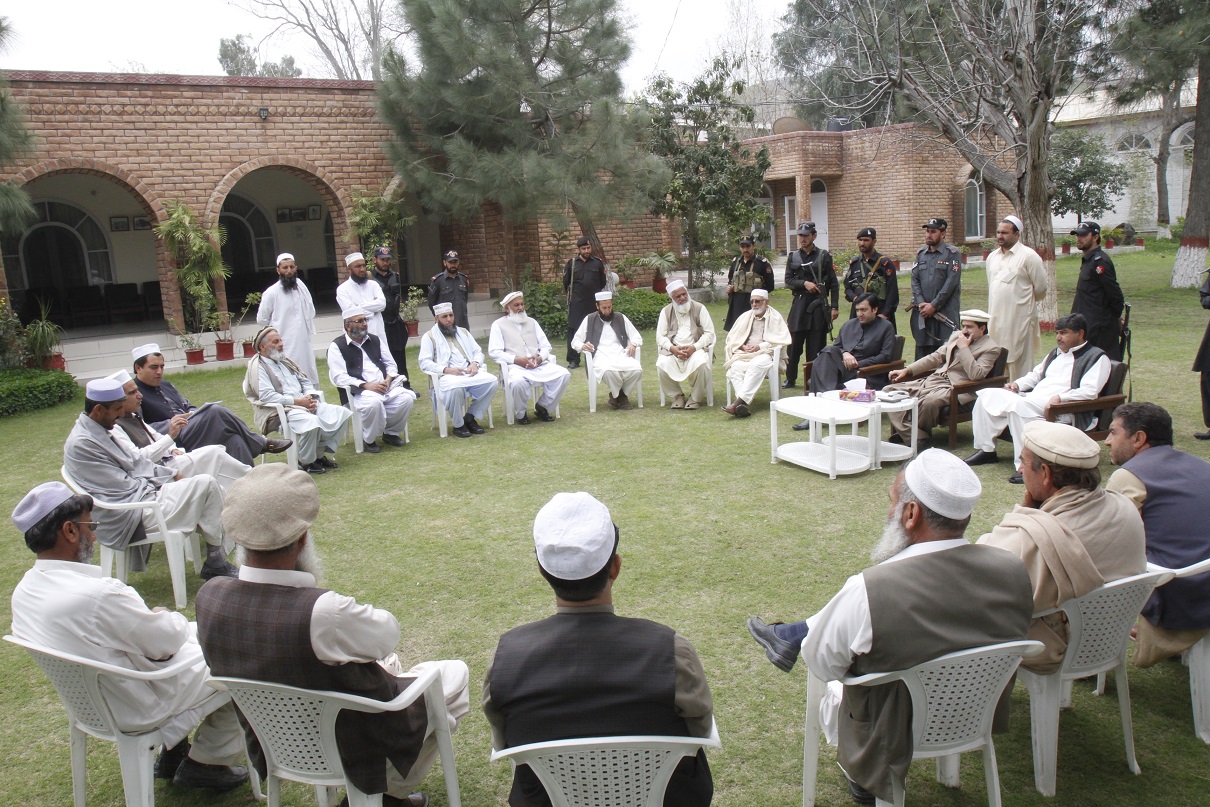 LANDIKOTAL, May 30: A grand tribal Jigra was held in Landikotal in Khyber Rifle Jirga hall here on Wednesday where the tribesmen were urged to come forward and assist the area security forces in maintaining law and order situation thereby defeating the nefarious designs of the militants.

The Jirga was attended by elders of all the major tribes of Khyber Agency, Afridi, Shinwari and Shilmani besides the political administration and security forces officials.

Speaking on the occasion Commandant Frontier Corps (FC), Colonel Mansoor Janjua said that a handful militant will not be allowed to disturb the environment of Landi kotal. He also urged the locals to cooperate with the security forces in containing militancy from spreading that causes the locals to suffer the most.

“We expect closer cooperation from the tribal elders in achieving these objectives that will benefit the people of the area at large”, said Col Janjua.

He also stressed upon the need not to cooperate with the area insurgents in any kind that could lead to worsen the security of the area.

“We recommend to the locals to deposit all their heavy weapons with administration or security forces within a week in the best interests of the area. However, those being found, later on, extending any sort of assistance to militants will be considered their colleagues and we might lead to handle them the way we do the insurgents”, Col Mansoor observed.

The political administration official while speaking at the occasion revealed, “Our security forces are well prepared and aware of Pakhtun customs and traditions. They act as guardians of the properties and honor of the local tribesmen, however, those who try to challenge writ of the government, will be dealt with as per law”.

The tribal elders including Malik Abdur Raziq Afridi, Malik Hukam Jan and Malik Wakeel Shelmani on behalf of the tribes assured the forces of their unconditional support.
It is worth mentioning here that the law and order situation is getting worse in Landikotal as compared to other parts of Fata.