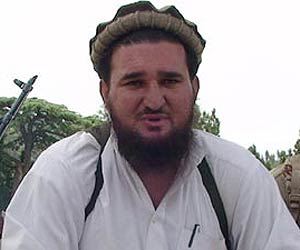 This is the tranlation of recent pamphlet floated by Eshan ullah Ehsan, TTP’s central spokesman.

Islamic system, containing both worldly and religious tenets, also portrays certain rules of Caliphate and deviation from them is not permissible in anyway. In Islam, governance is a means to achieve the predetermined goals of Islamic state.  To ‘govern’ in itself is not an end but a mean to an end. But the objectives of an Islamic state cannot be achieved without getting power and government. That is why, Islam considers it necessary to have power and form a government.

In persisting situation, revolt against the current secular government of Pakistan is obligatory upon every Muslim. So, I invite the leaders of Balochistan and Sindh nationalist parties, i.e. Baloach Liberation Army and Sindh Liberation Army, to steer ahead the movement for their rights by observing Islamic ways.

Undoubtedly, Islam guarantees every individual’s rights but you are passing through the darkest ear of cruelty and we’ll have to break these fetters of cruelty and injustice.

I also invite the Judges of all the Courts of Pakistan including the Chief Justice of Pakistan, who are part to this secular system, to start working for the establishment of an Islamic system instead of secular as they too have to face the Almighty at the end of the day. Honor and disgrace is in the hands of Almighty. You should believe in Allah.

According to Islamic Shariah, TTP is working against all the infidel and un-Islamic forces. We have decided to take up arms against the scoundrel-infidel of MQM who are controlling the city of Karachi they will be treated mercilessly. We have taken this decision in order to liberate the people of Karachi from the cruel clutches of barbarians (MQM members). We are standing with the every victim.

We will continue to strive uninterruptedly for imposition of Islamic system in Pakistan.