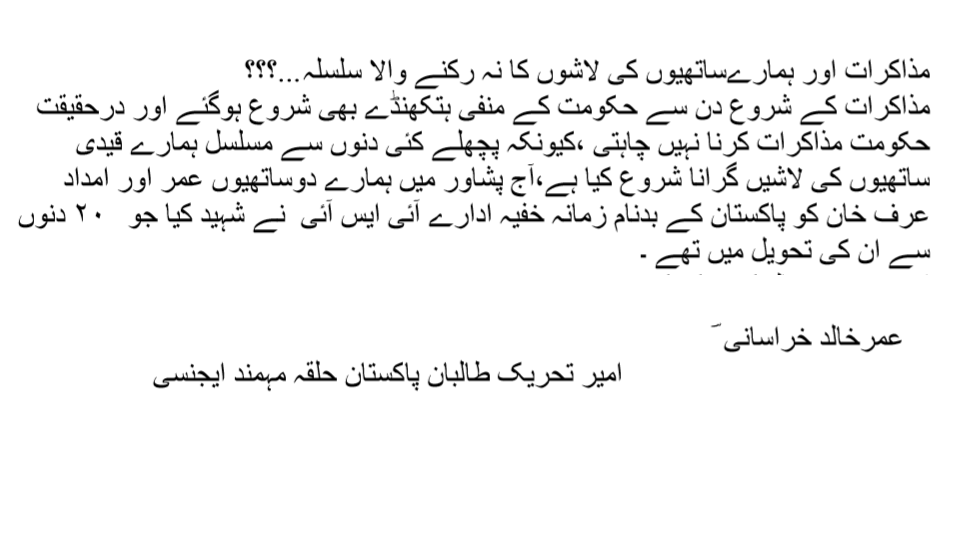 TTP Condemned Killings of Their Commanders

The chief of TTP, Mohmand Agency, revealed further that two of their important commanders were abducted by Pakistan intelligence agency twenty days ago and dumped their dead bodies in Peshawar yesterday.

He further added that “since the onset of recent peace process between TTP and the government of Pakistan, the organization has been receiving dead bodies of their important commanders that have been kept in internment in different Jails across the country”.

“We can’t understand the policy of the government of Pakistan whether they are sincere in the peace process or just passing the time with political aims”, revealed Mr Khorasani.

The Amir-e-Taliban, Mohmand chapter, gave a message to the government that in such like situation, where they are busy in lifting dead bodies of their commanders, dialogue with the government are bound to collapses.

(To read the Pamphlet in Urdu please click here