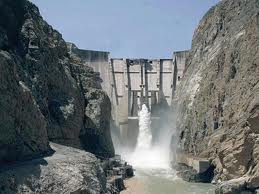 North Waziristan, Oct 12: TTP spokesperson Ehsanullah Ehsan warned the government against unfulfilling of TTP’s demands that resultantly would end at killing of kidnapped Gomal Zam Dam employees while one of them had already been shot dead, FRC learnt.

According to details Ehsanullah Ehsan told FRC field reporter by calling from an unidentified location that on the request of families of Gomal Zam Dam TTP extended the deadline to kill the abducted employees of Gomal Zam Dam.

Ehsanullah Ehsan added that TTP would shortly announce another deadline and failure to meet demands by the government would result in killing of kidnapped persons.

On September 11, the TTP released a video of the eight kidnapped workers of the Gomal Zam Dam in which one of them Engineer Mushtaq was shown killed with bullets.

One of the kidnapped persons stated video that “TTP kidnapped us along with Engineer Mushtaq and today, Taliban killed Engineer Mushtaq in front of us. Therefore, we request to our head of department and high ups of the government of Pakistan to fulfill the demands of the TTP to save our lives”.

The eight workers of the Gomel Zam Dam were kidnapped by the TTP on August, 16, 2012 near Gomal Zam dam, South Waziristan.