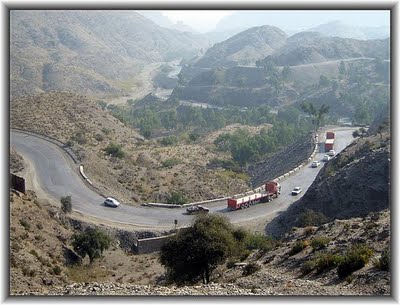 U.S. Supports the Reconstruction of the Peshawar-Torkham Highway

ISLAMABAD, September 11: The United States through the United States Agency for International Development (USAID) will provide up to $70 million to support the reconstruction of the Peshawar-Torkham Highway, FRC learnt.

The project will be managed by the FATA Secretariat and monitored by the National Highway Authority (NHA), unveiled by press release from US consulate at Peshawar.

“For centuries, the Peshawar to Torkham route has served as the most famous trade path between Pakistan and Afghanistan,” said USAID Mission Director Jock Conly.  “Reconstruction of the highway will not only boost the trade between these countries but also improve their economies by serving as the trade-gateway to the Central Asian states.”

The 46 km Peshawar-Torkham road is part of Pakistan’s N-5 highway (identified by the NHA as Grand Trunk [G.T.] Road).  It was originally built by Emperor Sher Shah of Sur in the 16th century and remains the shortest route to Afghanistan and the Central Asian states.

The current road’s outdated design has sustained substantial wear.  The new design will feature improved specifications that will widen the roadbed, straighten out sharp turns, and reduce steep gradients.  The plans also include rebuilding bridges and culverts to make it an all-weather road.

This road complements a network of roads that the U.S. government has supported the Government of Pakistan to rebuild.  Since October 2009, the United States has helped build over 226 km of roads in FATA and Khyber Pakhtunkhwa, including the recently inaugurated Tank-Makin and Kaur-Wana roads in South Waziristan.

The Peshawar-Torkham Highway and other ongoing U.S. funded road projects will add over 400 km of additional roads in the coming years.