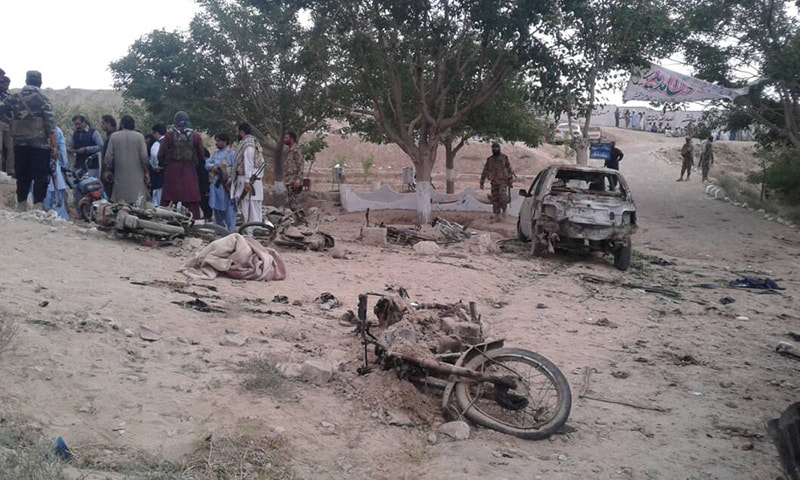 On 12 May 2017, a bomb explosion next to the convoy of Deputy Chairman Senate, the upper house of Parliament, left at least 25 people killed and about 40 others wounded in Mastung district of Balochistan province. However, Senator Maulana Abdul Ghafoor Haidri sustained minor injuries, while the Director Staff of Senate was reportedly killed in the blast.